Greco Bastián - With A Little Hell From My Friends (2022) 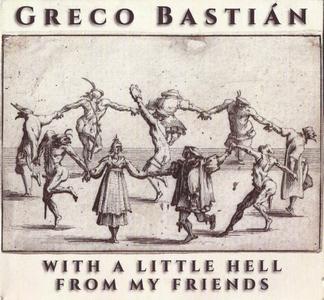 A great surprise to discover the work of this Mexican musician, who somehow managed to invite for this album some of the best musicians of the genre, from representative and even legendary bands. The music is difficult to categorize in a few words, as it is full of changes not only in time but also in style, genre or mood. We can find Zeuhl, Math, RIO, Jazz, Symphonic or Rock riffs. Influences from names like Zappa, Present, Magma, etc. To stop to analyze each track would be a crazy task, because the ideas come and go in a frenetic way, leaving barely space to breathe to the listener. One of those albums that we are thankful for because they never stop trying to surprise us at every second. And for glorious moments it really succeeds. 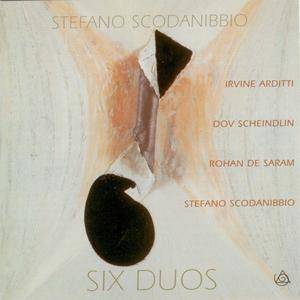 The working relationship between Stefano Scodanibbio and the Arditti Quartet has existed since the mid 80’s. I remember very well looking at his first Quartet ‘Visas,’ which included some very unusual harmonics for the string instruments. These harmonics are very difficult to play and originate from Stefanos’s great command and knowledge of double bass. I suppose in the beginning of our relationship, I needed convincing that these techniques were actually possible on the violin. 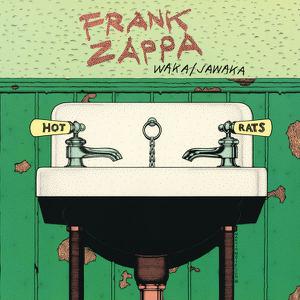 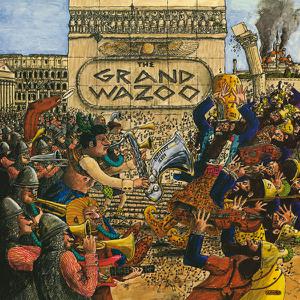 Frank Zappa - The Grand Wazoo (Remastered) (1972/2022)
WEB FLAC (tracks, digital booklet) - 228 MB | MP3 CBR 320 kbps - 90 MB
37:01 | Jazz-Rock, Avantgarde, Fusion | Label: Frank Zappa Catalog
"Waka-Jawaka" and "The grand wazoo" were recorded during the same sessions. For "Waka/Jawaka" the set-up of the band is mostly like a smaller jazz combo. That this album can occasionally sound as a big band nevertheless is due to the frequent overdubbing. Sal Marquez for instance gets credited for "many trumpets" during "Big swifty". "The grand wazoo" can be more truly using a big band, a band with which Zappa also made a short tour. In full the band ultimately involved twenty members. Both 1972 jazz albums have extended solos as well as large composed sections. Several blocks are relatively stable in their use of keys. More like "King Kong" than the modernistic "Uncle Meat main title" and the "It must be a camel" examples from the preceding sections. "For Calvin" on the other hand is very versatile. Despite of the quality of these albums, Zappa has not become well known as a jazz arranger.
1972 2022 70s Avantgarde FLAC Frank Zappa Fusion Jazz-Rock Lossless MP3 Remastered
Details 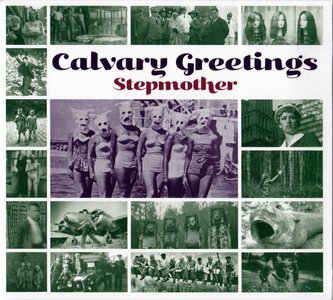 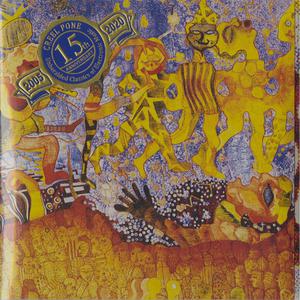 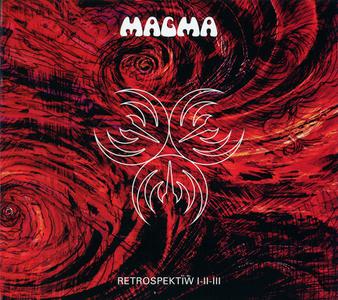 The first 10 years of Magma were celebrated with the music written by Christian Vander on three memorable evenings in June 1980 at the Olympia theatre in Paris. This retrospective, reuniting most of the musicians who had performed in the group, was issued as two albums, Retrospektïẁ 1/2 (Double) and Retrospektïẁ 3 (Single). Issued first, Retrospektïẁ 3 comprises 3 titles, Retrovision, a long piece in the style of the album Attahk, in which the vocalists Stella Vander, Guy Khalifa and Maria Popkiewicz turn in a blazing performance over a driving rhythm section, followed by a supercharged version of Hhai, in which the trio Lockwood/Paganotti/Widemann works miracles. And finally La Dawotsin, where, in a more muted register, Christian Vander’s voice triumphs through its mastery and profound sensibility. 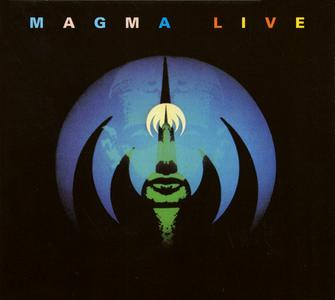 After the departure in autumn of 1974 of Jannick TOP and most of the other members of the band, MAGMA rose phoenix-like from the ashes with a new, hot, line-up which saw the musical opportunity lying before it. After long rehearsals Christian VANDER realised that he had yet another exceptional groupand the decision was taken to record the first MAGMA live album. The recording, made in June 1975 at the Taverne de l’Olympia, perfectly demonstrates the incredible impact made by MAGMA. Absolutely dedicated to the music of Christian VANDER, who by that time had reached the summit of his art, the band plays as if it were one man and sweeps all before it in its triumphant passage. 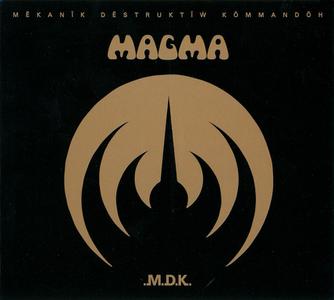 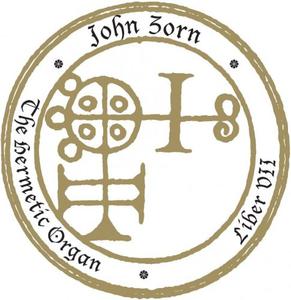 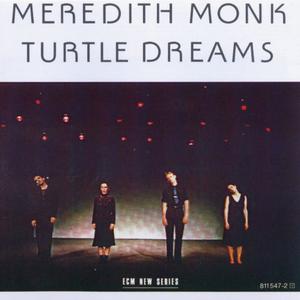 A daring display of vocal gymnastics and a journey back to childhood when all sounds were wondrous, Turtle Dreams includes the title track composition for four voices (two men, two women) and four organs as well as shorter pieces featuring various combinations of voice, Casio, piano, miniMoog, and didgeridoo. Monk's work raises smiles as well as the hair on the back of the neck. Here she seems tapped into some primordial force – humming, babbling, chattering, all set to looping, funereal organ works of chromatic simplicity. . 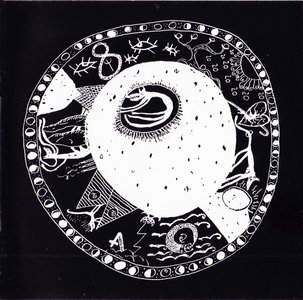 Early Plague Years combines Thinking Plague's first two albums on one CD. Moonsongs was a 1986 cassette released the next year on LP by Dead Man's Curve. …A Thinking Plague was first released on LP in 1984, then on cassette in 1986. Both were long out of print and impossible to find. The remastering is fabulous, giving these albums a sound far superior to what they ever had. Due to time limitations, a few edits had to be done. "Warheads" misses four bars toward the end, the improv "Collarless Fog That One Day Soon" fades out two minutes earlier, and the percussion section on "Moonsongs" has been shortened a bit. Nothing dramatic and all seamless, but one can't help but wonder why Cuneiform put the second album first on the CD. Fans of Thinking Plague and of American avant-prog bands like the Motor Totemist Guild, U Totem, and 5uu's will be delighted, but newcomers to this style should begin with In This Life or In Extremis. 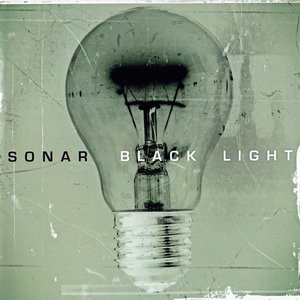 Sonar and their mesmerizing/infuriating (choose depending on your perspective) music exploded on a unsuspecting world with Cuneiform's release of their album, Static Motion, 2 years ago. An instrumental rock quartet consisting of 2 guitars, bass and drums, they are a progressive, post-minimal, instrumental band from Switzerland. Their name stands for SONic ARchitecture, alluding to their intention of creating polymetrical soundscapes and highly structured aural spaces. Sonar's music is played live without any sequencers, loops or computers using a minimum amount of equipment: 2 guitars, a bass guitar, 3 small amplifiers und a basic drum kit. 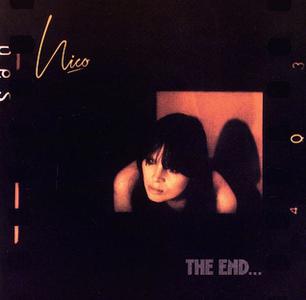 Nico - The End… (Remastered & Expanded) (1974/2012)
XLD Rip | FLAC (tracks, cue, log) - 420 MB | MP3 CBR 320 kbps - 207 MB
1:30:29 | Art Rock, Psychedelic Rock, Dark Ambient, Avantgarde, Ballad, Minimal, Drone | Label: Universal UMC / Island Records
The 1973 album was her fourth solo release – another collaboration with John Cale – and was recorded in 1973 in London. Cale chose Brian Eno and Phil Manzanera of Roxy Music to work on the album with him; between them they provided the entire instrumental framework for Nico and her harmonium.This issue of The End is remastered here for the first time, and comes with a bonus disc of tracks including The End and a previously unreleased version of Das Lied der Deutschen performed live at London’s Rainbow Theatre on June 1, 1974, and some John Peel session tracks which are either unreleased or new to CD.
Nico 1974 2012 Remastered Expanded Edition FLAC MP3 Lossless CD-Rip Art Rock Psychedelic Rock Dark Ambient Avantgarde Ballad Minimal Drone
Details 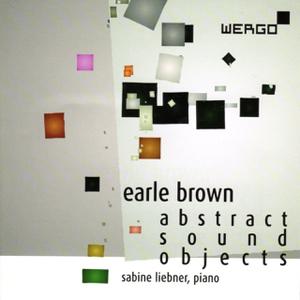 Earle Brown’s involvement with the fine arts led him to reject previously fixed ideas of musical form and supposedly sacrosanct rules of composition in the early 1950s. His graphic notations, which are primarily oriented toward Jackson Pollock’s painting procedures, guarantee the opening of time and space which leads to the liberation of the sound and the expansion of the meaning of form. “[…] mobility of the sound elements within the work and the graphic provocation of an intense collaboration throughout the composer-notation-performance process – were for me the most fascinating new possibility for ‘sound objects’ as they had been for sculpture and painting.” (Earle Brown)