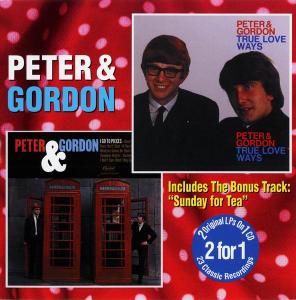 These two slightly later efforts are actually more consistently interesting than the duo's first two albums, mostly because they stop trying to sound like the Beatles or the Everly Brothers, and sound more distinctive and soulful - that's doubly true of the material off of the True Love Ways album. They rely more on their voices, which show more flexibility - P&G were never going to be blues singers, but they're far less embarrassing and more directly attuned to what they're singing here, which includes Otis Blackwell's "All Shook Up" and Leadbelly's "Good Morning Blues." The results are sometimes successful within the context of the duo's work; "Cry to Me" is a good cover and one of their better records of this era, even if the Rolling Stones did it better, and their cover of Smokey Robinson's "Who's Loving You" is astonishing. The sound is consistently good-to-excellent, though the notes are sketchy. 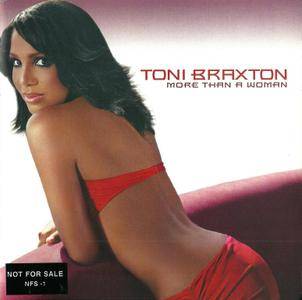 If there's any problem with More Than a Woman, Toni Braxton's fourth album, it's that it's so consistent, so much a continuation of its predecessor, The Heat, that it may be hard to pinpoint distinctive characteristics. Unlike that album, it lacks a single as undeniable as "He Wasn't Man Enough," yet much of this album is in a similar sexy spirit. It also doesn't have any ballads as seductive as "Un-break My Heart." In fact, few of the songs stand out, yet that doesn't mean they're bland or generic. They're simply cut from the same cloth and fit well together, particularly since they're given a nice, stylish production that's rarely flashy. 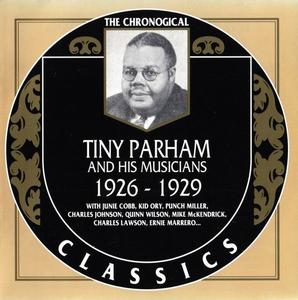 The first of two Classics CDs to reissue the master takes of all of pianist Tiny Parham's recordings as a leader contains more than its share of gems. Parham is heard as co-leader of the Pickett-Parham Apollo Syncopators (which features Leroy Pickett on violin) and also heading his "Forty" Five (a quintet that includes trombonist Kid Ory and a guest vocal from blues banjoist Papa Charlie Jackson). However, the bulk of the CD is by Parham's Musicians, a septet with either Punch Miller or Ray Hobson on cornet, and (starting on Feb. 1, 1929) the atmospheric violin of Elliott Washington. The clever and unpredictable arrangements, along with an impressive series of now-obscure originals, made Parham's ensemble one of the most underrated bands of the era… 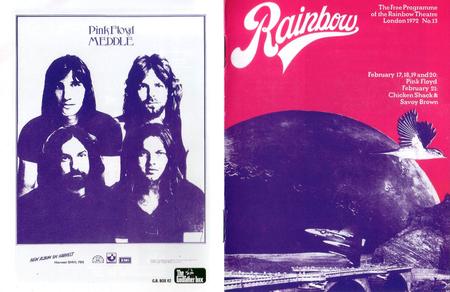 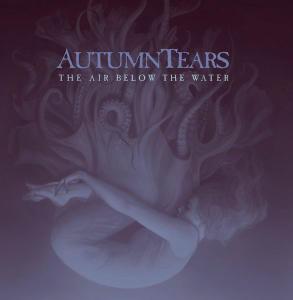 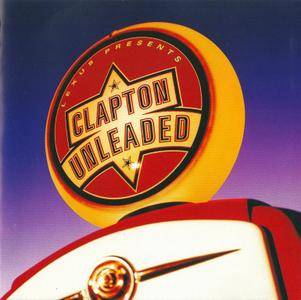 This collection of Eric Clapton's music not only celebrates his impressive body of work, but also commemorates his unique partnership with Lexus - the proud sponsor of his U.S. Tour. So pop this disc in your CD player, find an open stretch of road, and, by all means, pump up the volume. 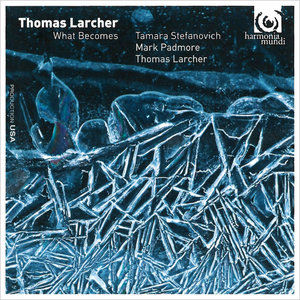 Tamara Stefanovich, Mark Padmore - Thomas Larcher: What Becomes (2014)
EAC | FLAC | Image (Cue&Log) ~ 180 Mb | Scans included
Label: Harmonia Mundi | # HMU 907604 | Time: 01:13:19
Classical, Contemporary, Modern Composition
Thomas Larcher s sound world is both original and captivating in its fusion of contemplative harmonies with innovative performance techniques. Written for and performed by tenor Mark Padmore, 'A Padmore Cycle' features the composer at the keyboard. Works for solo piano performed by Tamara Stefanovich round out this programme of first recordings. Born 1963 in Innsbruck, composer Thomas Larcher studied piano and composition in Vienna. He first gained renown primarily as a pianist, performing with major orchestras and prominent conductors such as Claudio Abbado, Pierre Boulez and Franz Welser Möst. In 1998, he began to define himself more clearly as a composer. Since then he has composed works for the San Francisco Orchestra, the BBC Symphony Orchestra, London Sinfonietta, the Belcea Quartet, and for Leif Ove Andsnes, Matthias Goerne, Mark Padmore and Viktoria Mullova and Matthew Barley. He has recorded five CDs with ECM, most recently 'Madhares' with Kim Kashkashian, Till Fellner and Dennis Russell Davies.
Tamara Stefanovich Mark Padmore Thomas Larcher Classical
Details 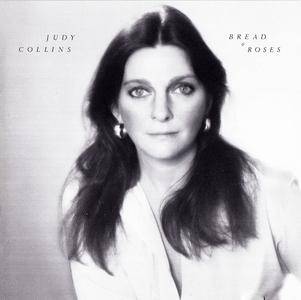 Judy Collins - Bread & Roses (1976)
EAC | FLAC | Tracks (Cue&Log) ~ 230 Mb | Scans ~ 61 Mb | Time: 00:43:42
Genre: Folk, Singer/Songwriter | Label: Elektra | # 1076-2
Bread and Roses was a 1976 album by Judy Collins that attempted to merge the singer's political convictions with the commercial success of the previous year's Judith. Political statements like the title song, originally a poem by James Oppenheim commonly associated with a 1912 garment workers strike in Lawrence, Massachusetts, were balanced with such pop compositions as Elton John's "Come Down in Time", but the album failed to achieve the commercial success of Judith.
Judy Collins Singer-Songwriter Folk
Details 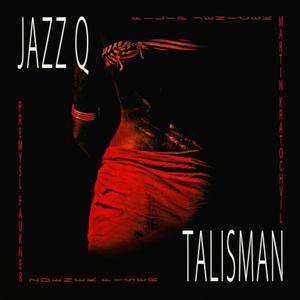 JAZZ Q was formed in 1964 by Martin Kratochvil (piano) and Jiri Stivin (woodwinds). In their early years, they were inspired by the late 50s free jazz happening in America. By the late 60s though, after becoming familiar with the English rock scene, Kratochvil decided to go in a more electric and groove-based direction. Jiri Stivin wasn't keen on playing this style and left shortly after recording their debut LP from 1970 "Coniunctio", which was a collaboration with a severed line-up of Blue Effect, and stylistically was a mish-mash of rock, fusion and free jazz. Kratochvil completely revamped the line-up with guitarist Lubos Andrst (Framus 5, Energit), bassist Vladimir Pudranek (Energit, ETC) and drummer Michal Vrbovec. 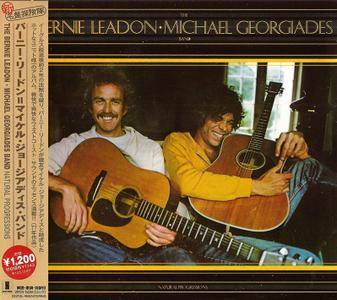 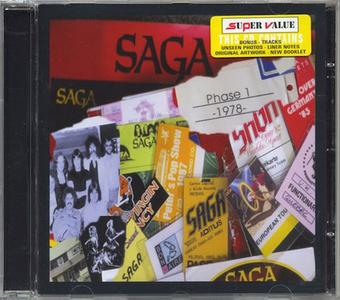 The longer a veteran rock band sticks around, the greater the chance of a few "odds and ends" managing to get left in the vault. Around Saga's 25th anniversary of their original formation, the lads from the Great White North dusted off some demo tapes recorded in 1978 for their next studio album, 1979's Images at Twilight, and released them as the limited-edition Phase 1 in 1997… 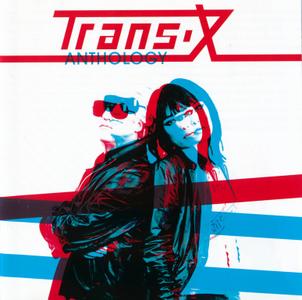 Electronic mastermind and 80s club phenom Pascal Languirand returns with this dancefloor filling collection of recently recorded hits including the worldwide hit single Living On Video! Fans of classic 80s electronic music will love tracks such as Into The Light, How Long Love Last, and You re My Videostar plus the brilliant cover of Joy Division's Transmission! 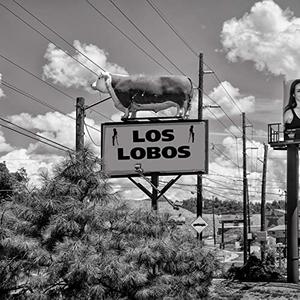 Los Lobos - California Live '83 (2020)
FLAC tracks | 51:41 | 283 Mb
Genre: Rock, Blues, Latin / Label: Blue Cactus
Los Lobos is an American rock band from East Los Angeles, California, United States. Their music is influenced by rock and roll, Tex-Mex, country, zydeco, folk, R&B, blues, brown-eyed soul, and traditional music such as cumbia, boleros and norteños. The band gained international stardom in 1987, when their cover version of Ritchie Valens' "La Bamba" topped the charts in the U.S., the UK and several other countries. In 2015, they were nominated for induction into the Rock and Roll Hall of Fame.
Los Lobos
Details 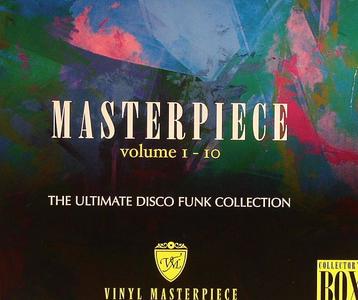 Masterpiece The Ultimate Disco Collection, Vols 1 to 10 10 CD Collectors Box Set. A very special release from PTG Records: A 10 CD collection of Masterpiece: The Ultimate Disco Collection in one great box set. All the first 10 Masterpiece Collection albums released in a beautiful collectors box. 10 CD's with a total of 125 digitally mastered 12-inche versions from hard to find disco funk to the best club tracks of the eighties. If you're into eighties disco funk, this is a must-have for all eighties music fans. 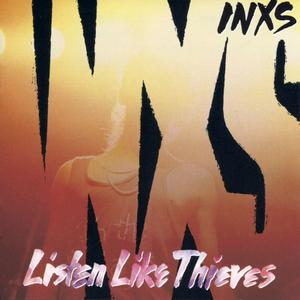 INXS completes its transition into an excellent rock & roll singles band with this album. Unfortunately, the new configuration only works for three songs: "What You Need," "Listen Like Thieves," and "Kiss the Dirt (Falling Down the Mountain)." But these three songs are so strong that the album cannot be dismissed completely…