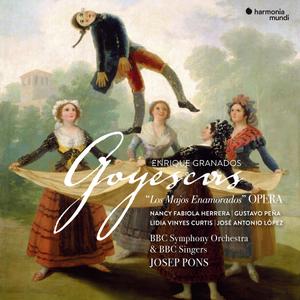 Enrique Granados' famous opera 'Goyescas', first performed at the Metropolitan Opera in New York in 1916, derives from the piano suite premiered in Paris two years previously. At the head of a BBCSO in top form and a handpicked cast, Josep Pons clearly much enjoyed conducting this sparkling new production in London. Many scenes in the opera draw their inspiration directly from paintings by Goya, which listeners will also have the pleasure of discovering in the booklet of this rare and precious album. 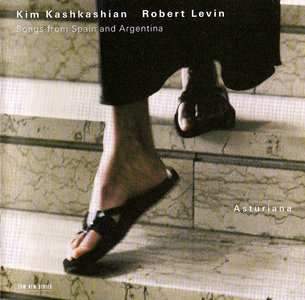 These soulful Spanish and Argentinean songs arranged by violist Kim Kashkashian and pianist Robert Levin are well suited to their expressive and expansive playing. Most of the songs, ranging from works by Granados, de Falla, and Montsalvatge to early Ginastera, are written in a late romantic to early modern idiom, and many incorporate a strong folk element. The selections include rowdy, rhythmically charged dance-like songs, tender lullabies, and many flavors of love songs, from the exultant to the despairing. In addition to the better-known composers, Argentineans Carlos Guastavino and Carlos López-Buchardo make extraordinarily fine contributions. The choices of repertoire are excellent; each one of these songs is a jewel, and the ordering of the selections artful, including the surprisingly effective repetition of two songs at different points in the program. The transcriptions are inventive and imaginative, with the vocal lines idiomatically adapted for the viola's expressive capabilities.