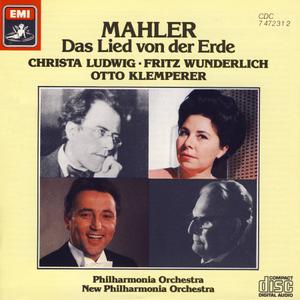 Mahler considered The Song of the Earth his most personal work, and indeed it is one of his greatest and most moving. Its six sections, sung alternately by the mezzo-soprano and tenor, are set to seven poems from The Chinese Flute, a collection of Chinese lyrics translated into German by Hans Bethge, which echo Mahler's love of nature and contrast the earth's renewal each spring with the transience of human life. Composed after he lost his beloved 4-year-old daughter and was diagnosed with a serious heart ailment, the music encompasses heart-rending anguish and sublime ecstasy; conceived in the shadow of death, it is suffused with a sense of sorrowful, reluctant leave-taking finally transformed into resigned renunciation. 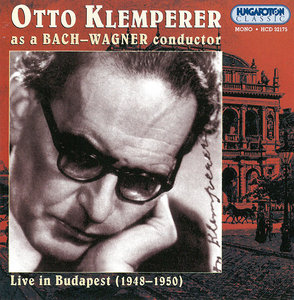 Hardly anybody will dispute that Otto Klemperer (1885-1973) was one of the most remarkable conductors of the last century. During his Budapest guest performances between the two World Wars he had already been given an enthusiastic reception by the audience and the musical profession alike. Not only his interpretation of the Viennese classical and romantic repertoire met with recognition but that of modern Hungarian music as well. For example, when conducting the premiere of Bartok’s Second Piano Concerto at the head of the Budapest Concert Orchestra Bartok, who was usually grudging of praise, declared that he could not imagine a more consummate performance of the orchestral part. Klemperer lived and worked in Hungary between 1947 and 1950 without a break, conducting the orchestra of the Opera in the first place and appearing on stage in concerts with symphonic orchestras. His interpretations of Bach’s and Wagner’s works on the present CD date from this period. 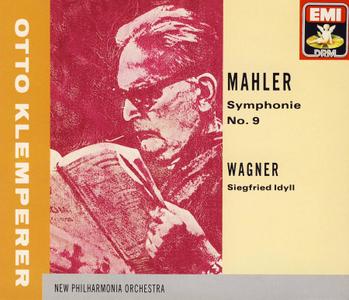 Otto Klemperer's Mahler is invariably dry-eyed, yet urgent, a valuable corrective to the number of latter-day interpreters who would either self-indulgently wallow in the music's sentiment or, even worse, treat it as pure sonic architecture, as though it were pre-Schoenberg. If this 1967 reading of the Ninth sounds slightly detached by modern standards, if its expressive points seem slightly understated, it is nevertheless deeply engaged and masterfully controlled. Klemperer was beginning to slow down by this point in his career, and the tempos are just a hair on the slow side, especially in the two middle movements. But the old firmness of conception and rocklike steadiness are still there, even in the stormy weather of the Rondo-Burleske. 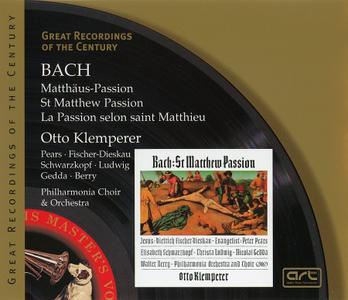 In its scale and gravitas, Otto Klemperer’s interpretation of the St Matthew Passion draws on the Bach performance style that developed in the 19th century; but its clarity, its underlying energy, and its superb array of soloists – singers with impeccable operatic credentials – also ensure that full justice is done to the drama of Bach’s sublime retelling of the Gospel story. 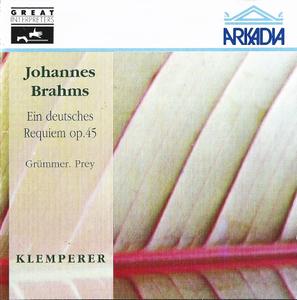 This is an indispensable document, capturing Otto Klemperer in an incandescent moment from Feb. 1956 in Cologne. The program notes say that this live reading of the German Requiem "easily surpasses" the conductor's EMI recording from just a few years later – and that is an understatement. It's a wholly different interpretation, full of urgency and spiritual passion of the kind all but unmatched on disc. Furtwangler made two versions in execrable sound that could be said to match this one, and there's Karajan's celebrated account from the ruins of postwar Vienna, best heard in remastering on Naxos Historical. 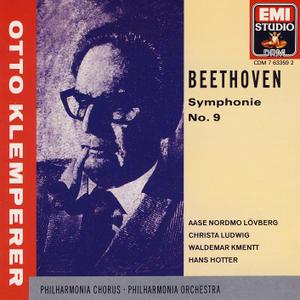 The Philharmonia Orchestra was in superb form in the autumn of 1957 when the opportunity came for it to perform all nine Beethoven symphonies, plus the five piano concertos, in a series of 10 concerts at London's Royal Festival Hall under the baton of Otto Klemperer. Credit for that certainly should go to Herbert von Karajan, who had been the orchestra's principal conductor since its founding a decade earlier, and had recently been tapped by the Berlin Philharmonic as its conductor for life.