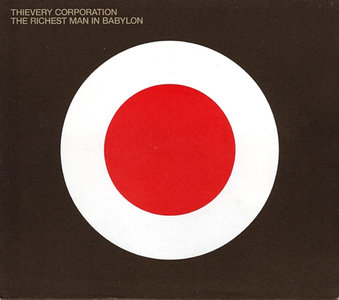 Thievery Corporation's Eric Hilton and Rob Garza have always treated the line between acoustic and electronic music as a drunken sailor might, unpredictably falling on one side or the other with equal frequency. By this measure, The Richest Man in Babylon is their soberest effort to date, striding confidently into jazz, soul, world beat, and other styles with a direct, reverential approach. The band's last record, Sounds from the Verve Hi-Fi, featured a set of classic jazz tunes unadorned with remixes or reinterpretation. But the songs on Babylon are originals, incorporating not just jazz but Afro-beat, Brazilian dance, Persian and Indian music, reggae, and psychedelia, all while making expert use of new and old collaborators like Sleepy Wonder, Lou Lou, and Shinehead. Icelandic singer Emiliana Torrini makes an instant impression on the first track, "Heaven's Gonna Burn Your Eyes," her voice freeing the song's melody and structure with just a few hypnotic bars. It's hard to call this an electronic record at all; even their dub-influenced tracks miss a certain studio sheen, as if Hilton and Garza simply waded into a sweltering Jamaican beach party and hit record. But while it misses the ambient, ethereal edge that made The Mirror Conspiracy a downtempo classic, Babylon satisfies with organic energy and tasteful eclecticism. 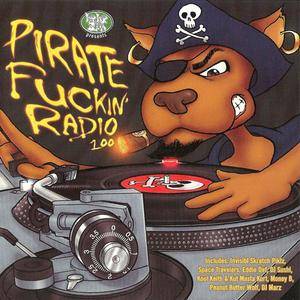 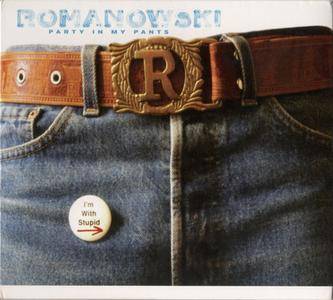 Moloko - I Am Not A Doctor (1998)
EAC | FLAC | Image (Cue&Log) ~ 382 Mb | Mp3 (CBR320) ~ 145 Mb | Scans ~ 70 Mb
Label: Roadrunner Records, Echo | # RR 8605-2 | Time: 01:03:33
Electronic, Alternative Dance, Trip-Hop, Downtempo, Drum-N-Bass, Acid Jazz
I Am Not a Doctor is the second album by the English/Irish electronic dance music duo Moloko, released in 1998. The album received critical praise, although it was not a big seller. I Am Not a Doctor was issued in the UK by Echo Records. The songs on the album built upon the electronic pop of Moloko's first album, Do You Like My Tight Sweater?, with further experimentation in drum and bass and synthpop. Included on I Am Not a Doctor is "Sing It Back", a track which entered the UK Singles Chart twice, becoming a top ten single in 1999 after being remixed by Boris Dlugosch and experiencing massive success in nightclubs.
Moloko Electronic Alternative Dance Trip-Hop Downtempo Drum-N-Bass Acid Jazz
Details 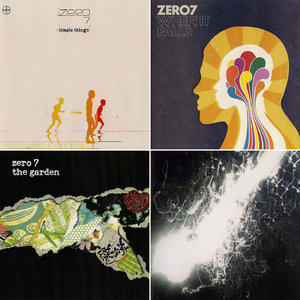 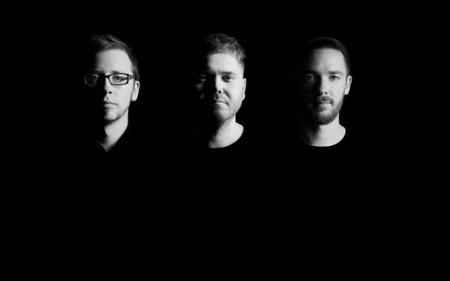 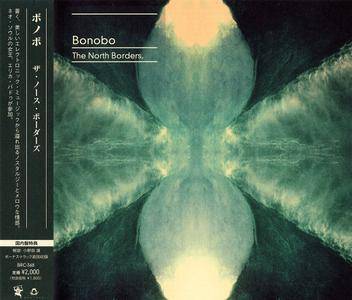 On his 2013 release The North Borders, British producer Simon Green (aka Bonobo) continues along the organic-meets-electronic path that his 2010 release Black Sands followed, but this walk takes place as it's turning to dusk, and there are varying degrees of mist and chilliness along the way. Opener "First Fires" with Grey Reverend (singer/songwriter L.D. Brown) sounds like it could be quite warm, but it's entirely autumn-minded sweater music that wistfully wonders what to do with "faded dreams" as Green allows bits of glitchy sunlight to shine through his cloudy synth construction. "Emkay" is the clangs and echoes of a seaside port at night that wonderfully shuffles its way up to a lighthouse tune, then there's majestic songstress Erykah Badu wonderfully vibing ("We don't need no truth/Got plenty/Now it grows on trees") on "Heaven for the Sinner" over Bonobo's deep version of the broken beat. "Towers" suggests sleepy urban buildings in twilight with a vibraphone representing the little bits of life and light that will sparkle through the night, while "Don't Wait" is just before the dawn, as innocent chimes chase away the eerie things that lurk in the darkness. 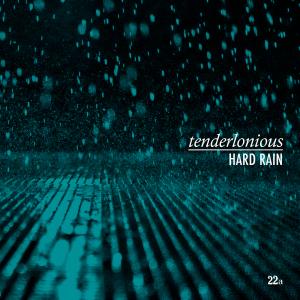 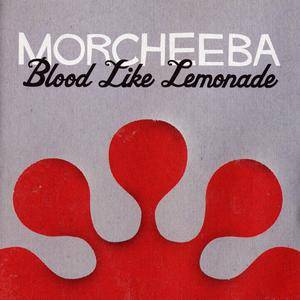 A more literal return to form, Blood Like Lemonade builds on the familiar downtempo grooves that filled Morcheeba's 2008 effort Dive Deep, but this time with original vocalist Skye Edwards back in the fray. Right from the opening dusty, minor-keyboard chord, the album is instantly identifiable for fans as stony, late-night grooves combine with melodies that are both pop-minded and soul-spirited. All the organic elements that sit on top of the slow, rolling drum machines are back, as is the sinister underbelly of their early material, although here it's amped up a touch. The title track references “drinking blood like lemonade,” while “Recipe for Disaster” begins “Wanna know why there's a dead guy in my dining room” before unveiling a story that's somewhere between the Jesse James legend and Natural Born Killers. The sweet tricks are Edwards using her velvet voice to make it all sound delicious, along with her ability to be equally effective on the breezy, positive numbers like “I Am the Spring.” Add “Crimson,” which would be the quintessential Morcheeba song if “Rome Wasn't Built in a Day” didn't exist, and Blood Like Lemonade exceeds expectations, coming in a close second behind fan favorite Big Calm. 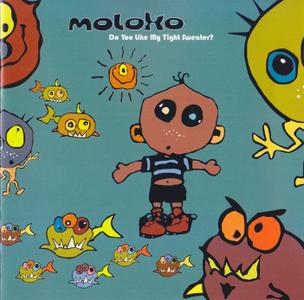 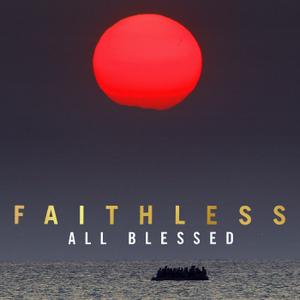 In a history that stretches back some 25 years, Faithless have long occupied a pivotal position in the world of British electronica. Marrying elements of house, trip hop, dub and a songwriting flair into arena filling explosive, euphoric sounds. 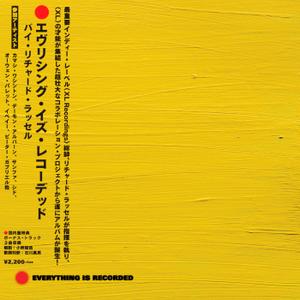 Everything Is Recorded is a collaborative project spearheaded by Richard Russell, an influential British producer who runs the highly successful independent label XL Recordings. The collective's recordings are born from recording sessions taking place at Russell's London recording studios, featuring a wide range of R&B, hip-hop, indie, and jazz musicians, including XL regulars like Sampha and Giggs as well as more surprising guests such as Dirty Three violinist Warren Ellis and American saxophone virtuoso Kamasi Washington. While anything is possible within these sessions, the results often encompass dark trip-hop, vulnerable soul, and brooding rap. 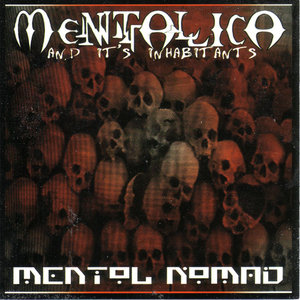 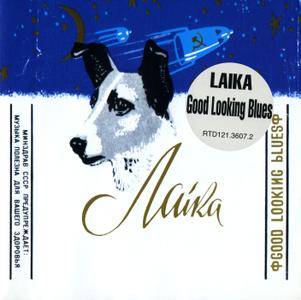 For a band that named itself after the first dog in outer space – and previous albums called Sounds of the Satellites and Silver Apples of the Moon – you'd think Laika would make spacey ambient music with a focus on quirky beats. And they do, sometimes. The emphasis, though, of Good Looking Blues, the London quartet's third album, is to give equal attention to Margaret Fiedler's smooth, somewhat gothic-and-soul-influenced vocals and the band's mixture of rock, slow electronic, and sit-on-your-couch dance music. Fiedler, who went to grade school with Liz Phair in Winnetka, Illinois and later played in a Smiths-sounding college band with Moby, speak-sings dark fictional stories about life's basic themes: love, sex, death, and work. But it's not quite that simple. For instance, on one of the album's standouts, "Black Cat Bone," she tells a story of a woman who kills her evil husband with voodoo: "Rocks for my pillow and sand for my bed/For better or worse, I left him for dead." Laika's talent is crafting a particular mood.