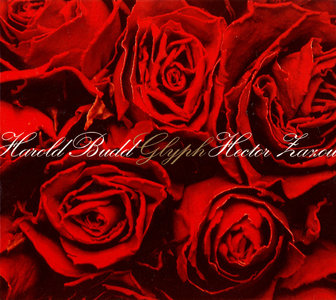 Like drum 'n' bass, ambient is a genre which relies on making a little go a very long way; the resultant glut of weedy minimalist pastiches barely bears a cursory listen for the most part, but this collaboration between Harold Budd and Hector Zazou demonstrates better than any recent offering how the spaces between the sounds can be made pregnant with possibility. On "Pandas in Tandem", the ghost of Erik Satie treads lightly over a shuffle breakbeat; the result is fragile and crystalline, as tentatively pristine as snowflakes. Elsewhere, heavy rhythmic breathing carries "Around the Corner from Everywhere"; slivers of what sounds like hammered dulcimer undulate through "Johnny Cake", and clarinets collude conspiratorially on "As Fast as I Could Look Away She was Still There". 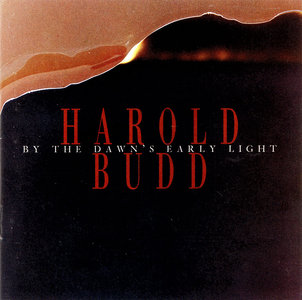 Harold Budd's discs tend to end up in the new age section of the record store, because his music is generally pleasant, quiet, and soothing. But where most new age composers go for the obvious (and sometimes saccharine) melody, Budd veers off into ambiguity; he also lacks the mystical bent that often goes along with the new age style. Instead, his compositional voice is more like that of a detached observer – one who creates beauty without getting too involved with it. By the Dawn's Early Light finds Budd writing for various combinations of viola, guitar, harp, and keyboards. All of the music is lovely, but not all of the compositions sound complete. In several cases, they sound like raw ideas rushed into the studio before their time. Guitarist Bill Nelson provides much of the interest throughout the album, and the sighing, slithery viola of Mabel Wong lends an occasional turn-of-the-century salon feel to the proceedings. The only really embarrassing moments occur when Budd – whose voice sounds like an unfortunate cross between Garrison Keillor and Kermit the Frog – reads his own poetry. Skip those tracks and you'll be fine. 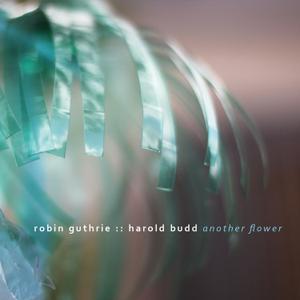 2020 release by two singularly and sonically recognizable masters of lush beauty and minimalism respectively, Robin Guthrie and Harold Budd. Another Flower was recorded at Robin's home studio in France in 2013 and was held unreleased, until now. Another flower follows Robin and Harold's previous work together Bordeaux (2011), matched set After the Night Falls and Before the Day Breaks (2007) and Mysterious Skin (2004) and of course The Moon and the Melodies (1986). 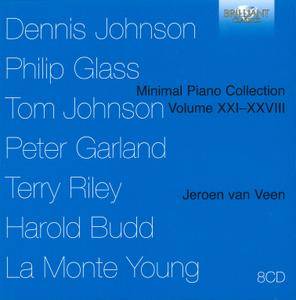 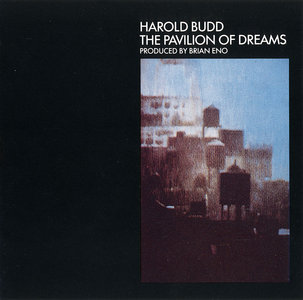 The 1978 recording debut from reformed avant-garde composer and eventual ambient forerunner Harold Budd consists of four chamber works (written between 1972 and 1975) that use varying combinations of harp, mallet instruments, piano, saxophone, and female or male vocals. Two years before his fateful first studio collaboration with Brian Eno (who produced this album), Budd was creating hypnotic music in an acoustic mode. All of the works herein–including "Two Rooms," whose latter half is an adaptation of John Coltrane's "After the Rain"–sustain a similarly dreamy vibe. An important credo for Budd was to make music as pretty as possible as an antidote to the noisy avant-garde he had escaped from. One cannot fault him for the lovely sounds he creates here, although fans familiar with his more cinematic works might be caught off-guard. Regardless, the pleasant Pavilion of Dreams provides insight into Budd's past, and it offers the same somniferous effect as a gentle lullaby, making it perfect for late-evening listening. 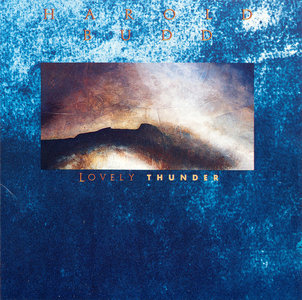 The phrase 'Lovely Thunder' suggests a beautiful sound with an undertone of menace. One need go no farther than "Gypsy Violin," the last song and centerpiece of the album Lovely Thunder, to hear how Harold Budd takes the phrase and forges a musical equivalent. Underneath the plaintive melody of the synthesized violin and an occasional foghorn-reminiscent bass note lies a bed of synth chords that are present throughout, sometimes adding notes, sometimes dropping them, sometimes moving a chord up or down a key and into dissonance with the rest. The overall result is an undulating base that never quite lets the listener settle onto firm ground, giving the song a distinct edge. Drones do figure prominently as a musical base for many of the album's other songs, yet the music is generally more akin to the reverberated keyboard treatments Budd utilized to stunning effect on his two collaborations with Brian Eno. Those looking to explore beyond The Plateux of Mirror and The Pearl would do well to give this album a listen, as they will most likely be both challenged and satisfied.