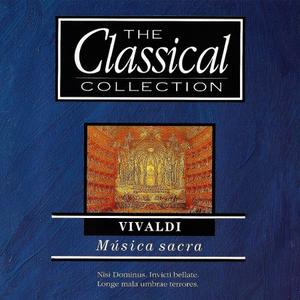 Teresa Berganza Vargas is a Spanish mezzo-soprano. She is most closely associated with the roles of Rossini, Mozart, and Bizet. She is admired for her technical virtuosity, musical intelligence, and beguiling stage presence. 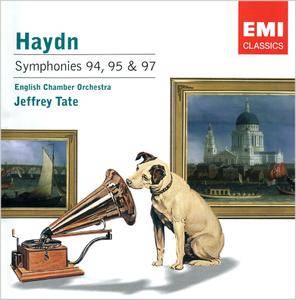 This recording, made in 1991, dates from what was perhaps the heyday of the English Chamber Orchestra (although the group's vigorous activities remain undiminished). The ECO, with origins as a conductorless Baroque orchestra, functioned smoothly as an ensemble, with a restrained sound and a high level of mutual sensitivity among the players. In these late Haydn symphonies, that translated into readings that were exceptionally effective in bringing out the humorous details and asides, the extensions of phrases so that they end with a wink or a joke, that are the essence of late Haydn. The orchestra is probably about the size of the one Haydn had at his disposal in London. 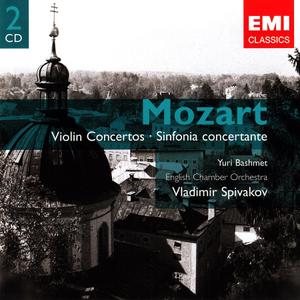 The answer to the question what would post-Oistrakh Soviet Mozart sound like? is Vladimir Spivakov. The answer to the question what does Spivakov's Mozart sound like? is lightly, lively, elegant, and, every once in a while, extremely intense. In these recordings from the late '70s and early '80s of Mozart's violin concertos and Sinfonia Concertante with the English Chamber Orchestra and violist Yuri Bashmet, Spivakov plays and conducts with graceful artistry, consummate virtuosity, and deep humanity. In opening Allegros, Spivakov is airborne in the zephyrs of spring. In the closing Rondos, Spivakov is dancing in the ballrooms of Europe. But sometimes, especially in the central Andantes, Spivakov can sing with an intimacy and intensity that reveal a more profound Mozart, a Mozart touched not only by eternity but by mortality. 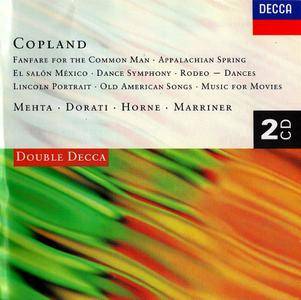 If you want a good sampling of Copland's orchestral works, then this 2-CD compilation comes highly recommended, with excellent performances of works such as Appalachian Spring, Quiet City, El Salón México and others. (Presto Classical) 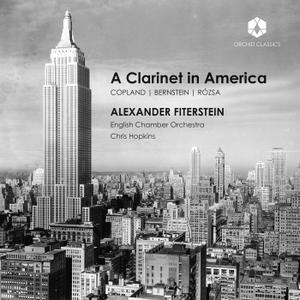 The clarinet has long been embraced by American composers for its jauntiness and jazzy flexibility (think of that slide opening Gershwin's Rhapsody in Blue), qualities heard in abundance on this album. We hear Leonard Bernstein's Cuban-influenced Sonata, and the Sonatina by Budapest-born Miklós Rózsa, who made his name as a Hollywood movie composer. These pieces are bookended by two Aaron Copland works, his Concerto, for American jazz clarinettist and King of Swing, Benny Goodman, and his Sonata. Fiterstein's playing with the Tesla Quartet was praised by The Arts Desk as impressive and heart-stopping. The Washington Post described his playing as dazzling in its spectrum of colours, agility, and range. Every sound he makes is finely measured without inhibiting expressiveness and The New York Times described him as a clarinettist with a warm tone and powerful technique. 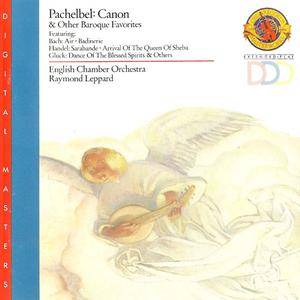 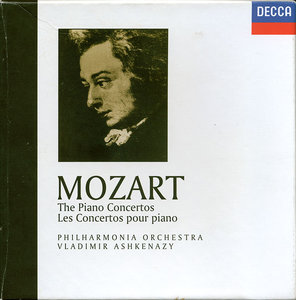 Even though Vladimir Ashkenazy is most often celebrated for his brilliantly virtuosic interpretations of Romantic repertoire, his skills in playing works of the Classical era are just as worthy, as proved by this 10-disc set from London of Wolfgang Amadeus Mozart's piano concertos. These performances span a period from 1966 to 1988, capturing a youthful and vigorous Ashkenazy playing and conducting the Philharmonia Orchestra and the English Chamber Orchestra from the keyboard, in approved Mozartian fashion. All of the keyboard concertos are here, including the official 27 concertos for piano and orchestra, the Concerto for two pianos in E flat major, K. 365, the Concerto for three pianos in F major, K. 242, as well as the two Rondos K. 382 and K. 386. Ashkenazy's elegant playing has been highly praised by critics and placed on a level with his esteemed contemporaries Murray Perahia, Daniel Barenboim, and Alfred Brendel, all past masters of Mozart's primary medium of expression. 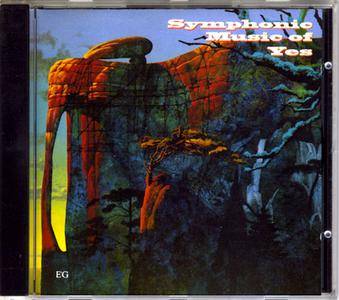 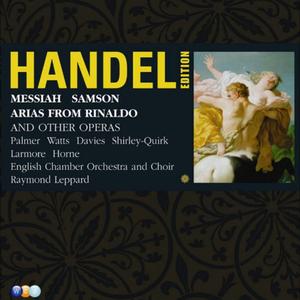 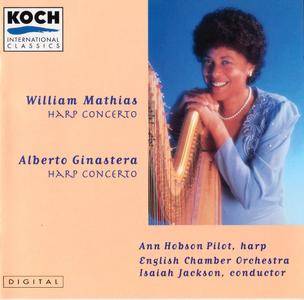 The connection between Wales and the harp is a long-standing one, and Mathias's part in it began 12 years before his Harp Concerto was written, with Improvisations for harp solo; even a Welshman has to learn how to cope with such an idiosyncratic instrument. He learned his lessons well—even using semitone pedal glissandos in the second movement, and he keeps the harp audible by alternating its solo passages with orchestral ones or, when the two are working together treating the orchestra with a light touch (the celesta is used as a particularly effective companion to the harp), at other times resorting to the more familiar across-the-strings sweep. Two movements have declared Welsh associations: the first juxtaposes but does not develop three themes the second is a 'bardic' elegy; the last is simply ''joyful and rhythmic''. The whole makes pleasing listening appealing to the emotions and imagination rather than the intellect. 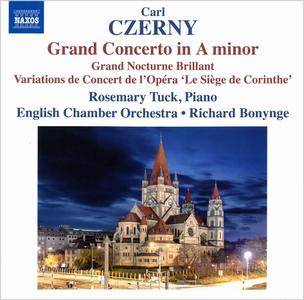 Carl Czerny - Grand Concerto in A minor; Grand Nocturne Brillant;
Variations de Concert de l'Opéra "Le Siège de Corinthe" (2016)
Rosemary Tuck, piano; English Chamber Orchestra, conducted by Richard Bonynge
EAC | FLAC | Image (Cue&Log) ~ 256 Mb | Mp3 (CBR320) ~ 165 Mb | Scans included
Genre: Classical | Label: Naxos | # 8.573417 | Time: 01:06:13
Carl Czerny, one of Vienna’s most illustrious musicians, was Beethoven’s student and devoted friend. Renowned today for his piano treatises, he was also a prolific composer in almost every genre, but it is the music for his own instrument that has aroused the most curiosity. The Grand Concerto in A minor, a work both serene and spirited, is historically important as one of the first romantic concertos ever written. The lyricism and playful bravura of the Grand Nocturne Brillant is balanced by the delicious Rossini Variations de Concert.
Carl Czerny Viennese School Classical MP3 320 CBR Rosemary Tuck English Chamber Orchestra Richard Bonynge 2016 Lossless
Details 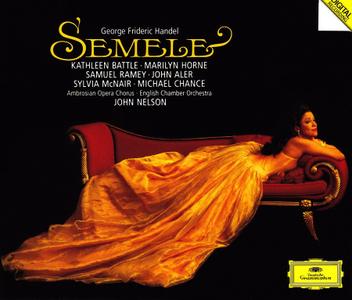 This magnificent performance is without a doubt among the top two or three Handel opera recordings in the catalog. John Nelson outdoes even the period instrument competition, conducting with a vitality and freshness that sweeps all before it. Kathleen Battle is a great Semele (if listening to this woman sing "Myself I Will Adore" isn't a classic example of typecasting, then what is?). But the real palm must go to Marilyn Horne as the jealous Juno, who simply stops the show with her two arias (she sings Ino as well). A very great recording. 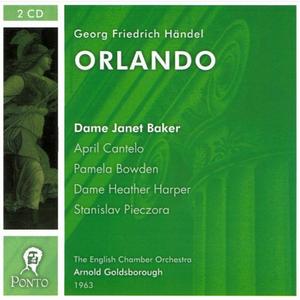 Orlando (HWV 31) is an opera seria in three acts by George Frideric Handel written for the King's Theatre in London in 1733. The Italian-language libretto was adapted from Carlo Sigismondo Capece"L'Orlando after Ludovico Ariosto"Orlando Furioso, which was also the source of Handel's operas Alcina and Ariodante". More an artistic than a popular success at its first performances, Orlando is today recognised as a masterpiece. 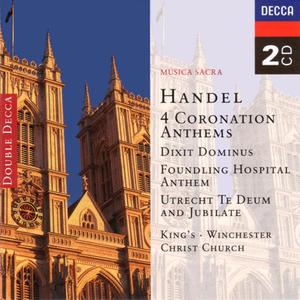 These 2 discs offer the music of 3 different choirs and 4 different times periods. CD 1 features the Choir of King's College, Cambridge,performing 4 Coronation Anthems: Zadok the priest; My heart is inditing; Let my hand be strengthened and The King shall rejoice. Recording Date:August,1963. 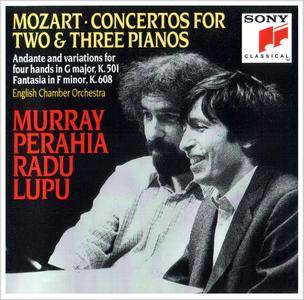 Radu Lupu and Murray Perahia should have recorded all of Mozart's piano music for four hands, which includes several neglected masterpieces. This disc reflects their ideal partnership, two artists of great sensitivity collaborating in performances that feature constant interplay of parts, alertness to each other's work, and superb playing as individuals. The Concerto for Two Pianos ripples along without a care in the world, just as it should, and the English Chamber Orchestra doesn't seem to care that nobody is conducting it. The pieces without orchestra are a bit less significant (as is the Concerto for Three Pianos), but the playing is so beautiful you won't care.