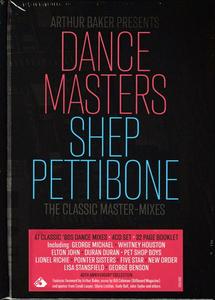 When he played his revamp of Gwen McCrae's "Funky Sensation" during a 1981 DJ slot on New York's WBLS, Shep Pettibone perked the ears of then-emergent producer Arthur Baker. The presenter and co-producer of this boxed set consequently initiated a collaboration on the answer record "Jazzy Sensation," the first 12" crediting Pettibone. By the end of the next year, Pettibone's solo "mastermixes" had become so numerous and prized that a dozen for the Prelude label alone were rounded up for commercial release on double vinyl. The DJ and remix artist soon diversified as a pop producer, most notably as an indispensable Madonna associate. The four-disc Classic 12" Master-Mixes features neither "Funky Sensation" nor "Jazzy Sensation," and doesn't include anything Pettibone did for Prelude or with Madonna. 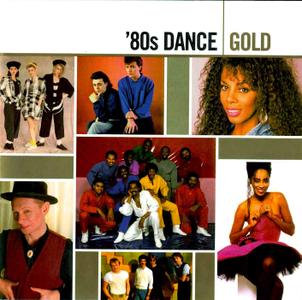 As Billboard magazine's dance music columnist, Brian Chin had a ringside seat for the dance scene of the '80s, an era when the word "disco" fell into disrepute, but producers and artists just kept on making music with a steady, loping beat that clubgoers could dance to. Chin compiled and annotated this collection, part of Hip-O Records' discount-priced Gold series of two-disc compilations. In his liner notes, Chin provides a history of the decade in dance that properly mentions plenty of artists – among them stars like Michael Jackson and George Michael, and dance favorites like Tom Tom Club and the Weather Girls – not included on the album. 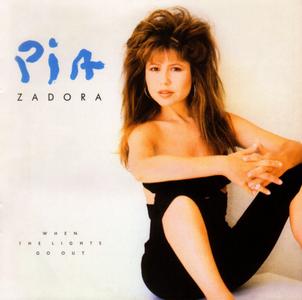 Pia Zadora - When the Lights Go Out (Remastered Deluxe Edition) (1988/2014)
FLAC (tracks) - 816 MB | MP3 CBR 320 kbps - 262 MB
1:53:20 | Synth-pop, Funk, House, Freestyle, Disco | Label: Funky Town Grooves
2014 remastered and expanded two CD edition of her 1988 album originally a UK-only release that marked Zadora's return to the pop/dance fold after achieving credibility with her readings of R&B standards. The Jimmy Jam & Terry Lewis' production is slick at times but the songs are well-crafted. Up-tempo numbers comprise with the understated 'Still Remembered' and pulsating 'Dance Out of My Head' making the strongest impressions. However, it's the ballads that Zadora is most comfortable with, and the standout is 'Since I've Been Lovin' You.' a calming number built simply on keyboard layering's and Zadora's vocal, it exemplifies her penchant for subtle R&B styling's and strays from the massive production of several other cuts. 'Silence' is a close match, demonstrating her proficiency in the soprano range. The track listing is evenly split between energetic dance-pop numbers and sullen R&B ballads. From the kinetic, catchy 'Laughin' at You' to the pensive, romantic 'Since I've Been Lovin' You,' this set effectively captures many moods in one listen. The bonus disc includes rare tracks and remixes.
Pia Zadora Remastered Deluxe Edition 1988 2014 Synth-pop Funk House Freestyle Disco FLAC MP3
Details 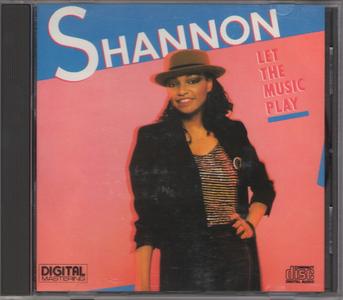 Shannon - Let The Music Play (1984) [1985, Reissue]
R&B, Electronic, Post-Disco, Freestyle | EAC Rip | FLAC, Tracks+CUE+LOG+Scans (PNG) | 37:29 | 293,98 Mb
Label: Emergency/Bellaphon Records (W.-Germany) | Cat.# 290•19•001 | Released: 1985 (1984-02-01)
Shannon wasn't a great singer-as far as dance divas go, she didn't have the chops of Gloria Gaynor, Thelma Houston, Claudja Barry, Donna Summer or Loleatta Holloway. Shannon was merely a competent singer, but a competent singer who sometimes had great material and great producers to work with. And thanks to the production team of Mark Liggett and Chris Barbosa, Shannon's debut album, "Let the Music Play", has a lot going for it. Liggett and Barbosa give the album an attractive, high-tech sound, and some of the songs that Shannon embraces are excellent. Released in 1984, the haunting title song went down in history as a dance-floor classic-and club gems like "Give Me Tonight" and "My Heart's Divided" (both of which Barbosa co-wrote) are almost as strong.
1984 CD-Rip + Scans Dance-Pop Electro Electronic FLAC Freestyle lossless Post-Disco R&B
Details 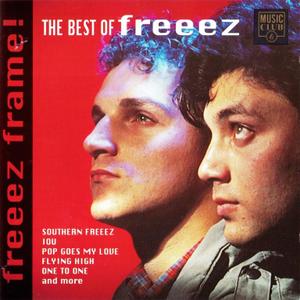 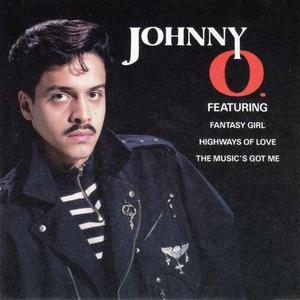 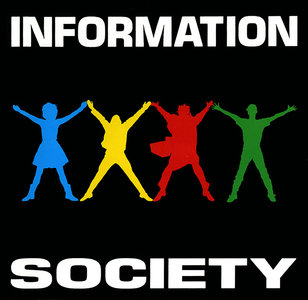 An infectious update of the classic synth-pop most famous earlier in the decade, Information Society's self-titled debut sounds most similar to British groups like ABC and Pet Shop Boys, though hits like "What's on Your Mind," "Walking Away," and the cover of "Lay All Your Love on Me" manage to inject the affair with elements of industrial dance and hip-hop. All in all, it's a much better album than expected from the group many dismissed as mere one-hit wonders. 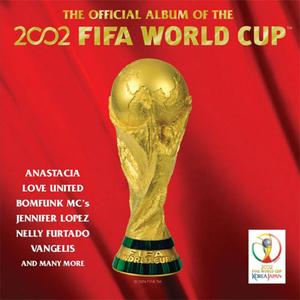