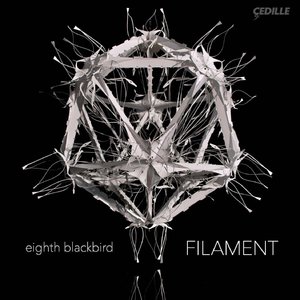 American new-music sextet eighth blackbird, which won Grammy Awards for each of its last three Cedille Records albums, continues to connect with genre-spanning, cutting-edge composers on FILAMENT, a CD of world-premiere recordings of works by Bryce Dessner, Nico Muhly, and Son Lux, plus a Philip Glass classic. The ensemble’s album, FILAMENT, was produced by Dessner, a Brooklyn-based composer, guitarist, and member of the Grammy-nominated, Billboard-charting indie rock band The National. Premieres include Dessner’s Murder Ballades and Muhly’s Doublespeak, both written for eighth blackbird, and Son Lux’s To Love and This is my Line, a remix created from the album’s other tracks. Dessner, on guitar, and Muhly, on organ, join eighth blackbird for a live-in-concert recording of Glass’s mesmerizing Two Pages at the Museum of Contemporary Art Chicago. The album’s title, FILAMENT, is a metaphor for the fiber of friendship, collaboration, and mutual influence connecting the composers and performers on the album. 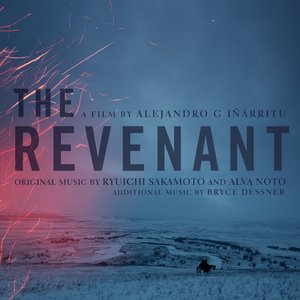 Following the success of 2014’s Birdman (Winner of four Academy Awards including Best Picture and Best Director), director Alejandro G. Iñárritu pushes the limits of film making with the survival epic The Revenant. Starring Leonardo DiCaprio (Titanic, Wolf of Wall Street), Tom Hardy (Mad Max: Fury Road, The Dark Knight Rises) and shot in the frozen Canadian wilderness with only natural lighting, The Revenant is a story of loss, revenge and resilience in the face of impossible odds against the furies of man and nature itself. The film is heavily favored to be a critical darling as awards season gets under way. Director Iñárritu has chosen to forgo almost all dialogue in favor of a gorgeous soundscape and a sweeping score. A film of this magnitude deserves a composer who understands creative artistry and unbridled passion. Japanese master and Oscar winner Ryuichi Sakamoto (Merry Christmas Mr. Lawrence, The Last Emperor) fits the bill perfectly. Along with fellow Yellow Magic Orchestra member and frequent collaborator Alva Noto, Sakamoto has created a gripping soundtrack that is sure to be a treat for the winter crowds. Bryce Dessner (writer for Kronos Quartet and the LA Phil) also supplies additional music. 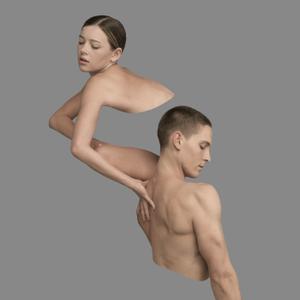 Dessner originally composed Impermanence for the Sydney Dance Company and choreographer Rafael Bonachela, which the company performed as a new work with Australian String Quartet. The performances took place at Roslyn Packer Theatre in Sydney, Australia – running February 16 to 27, 2021 and then the production was presented in Adelaide on March 10 and 11.