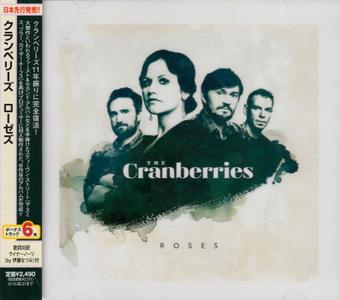 Reuniting with all their original members plus original producer Stephen Street just over a decade after their swan song Wake Up and Smell the Coffee, the Cranberries recapture the sound of their earliest records on 2012's Roses. Nearly 20 years have passed since their breakthrough Everybody Else Is Doing It So Why Can't We?, so it shouldn't come as a surprise that there are some signs of age on Roses, notably in an increased sense of professionalism in the band's craft and also in a slight stripping of the ethereal echo that gave their debut an appealing floating quality. Without this dreaminess, the Cranberries are merely pretty, but unlike the turgidly ambitious Bury the Hatchet and Wake Up and Smell the Coffee – or on Dolores O'Riordan's pair of perfectly fine solo albums – Roses has definition and momentum, momentum that doesn't derive from artificially enhanced electric guitars, either.

Big Country - Through A Big Country: The Greatest Hits (1996) 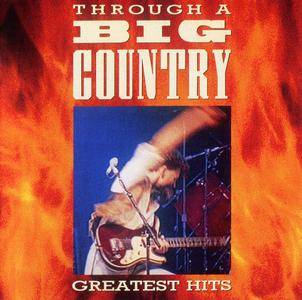 With their ringing, bagpipe-like guitars and the anthemic songs of frontman Stuart Adamson, Scotland's Big Country emerged as one of the most distinctive and promising new rock bands of the early '80s, scoring a major hit with their debut album, The Crossing; though the group's critical and commercial fortunes dimmed in the years to follow, they nevertheless outlasted virtually all of their contemporaries, releasing new material into the next century. 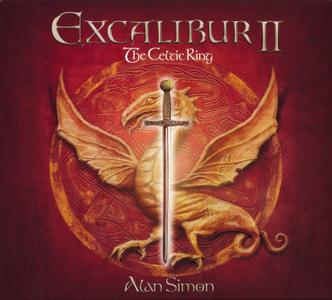 Alan Simon is a French folk-rock musician and composer, best known for his rock operas performed with noted rock musicians guesting. Simon is associated with Breton Celticism, and his most ambitious works are typically on themes linked to Celtic myth and history. Simon achieved fame with his rock opera Excalibur, La Légende des Celtes (Excalibur, The Legend of the Celts) (Sony) in 1999, of which he was both songwriter and producer. The first part of an intended trilogy, Excalibur blended musical styles and was performed by Roger Hodgson (ex-Supertramp), Fairport Convention, Dan Ar Braz, Tri Yann, Angelo Branduardi, Didier Lockwood and Gabriel Yacoub. 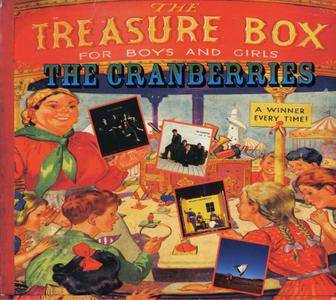 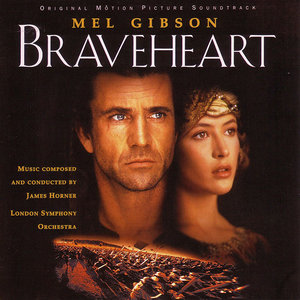 A 1996 Academy Award nominee for Best Dramatic Score, Braveheart is one of composer James (Titanic) Horner's most accomplished works. Utilizing the full range of the London Symphony Orchestra, the Choristers of Westminster Abbey, and a small ensemble of traditional folk instrumentalists, Horner largely eschews the bombast typical of the genre and cuts a more emotionally complex–and satisfying–musical course through this 14th-century tale of betrayal and rebellion. This album presents ample evidence of why Horner is currently at the peak of his profession. 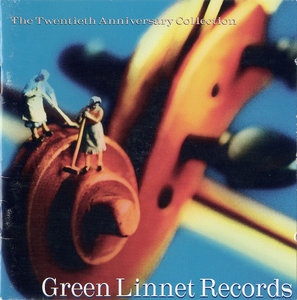 Green Linnet 20th Anniversary Collection is a double-disc collection featuring 38 tracks from the Celtic music insitution. Every one of the label's biggest artists – including Silly Wizard, Altan, Wolfstone, the Bothy Band, John Williams, Tannahill Weavers – is on the collection, giving a good representation of not only the label, but the state of Celtic music of the '70s, '80s, and '90s. It's an excellent retrospective. 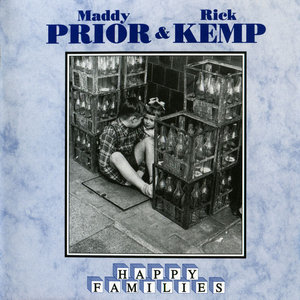 Teamed with Rick Kemp, Prior turns in her best non-Steeleye Span folk-rock performance, with heavy amplification, crisp electric guitars, and accordion for support. Her airy vocals and the heavy electric sound make this a superb adjunct to the best rock sides by Steeleye (Commoner's Crown, etc.), although this stuff has more of a contemporary feel, relating to Prior's Steeleye Span work roughly the way Dylan's best '70s and '80s stuff relates to his '60s folk and folk-rock sides, with a definite rock beat and pop music feel. There's also a strong social consciousness at work, with topical songs dealing with unemployment and privation amid love songs and a very playful cover of "Who's Sorry Now". (Bruce Eder, AMG) 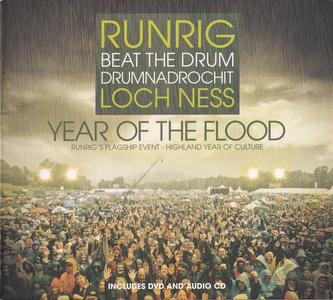 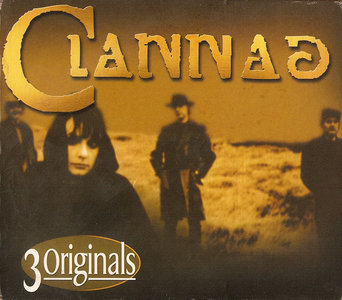 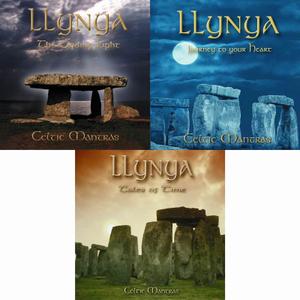 The Guiding Light (2002). Originated by a life-long passion for celtic heritage and music, renowned producer John Deere founded the group Llynya as a vehicle to take the journey back into time and unveil the relation between ancient celtic traditions and the mantra poems of hindu culture.
Journey To Your Heart (2003). Extraordinary vocals combined with modern arrangements create a mystical celtic mood. Llynya again take the listener on a journey deep to the heart.
Tales Of Time (2005). Tales of Time is the continuation of Llynya's amazing success. Mystic harp, gentle violin and celtic vocals will take you into a magical world of beauty and clarity. Enjoy the beautiful melodies and experience the mysterious time of the Celts. 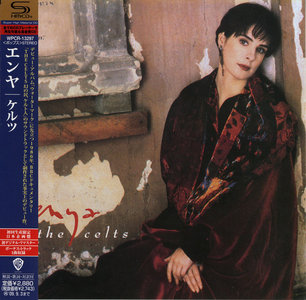 THE CELTS is the 1992 re-release of a 1987 album simply titled ENYA, containing 15 selections originally composed for a BBC series of the same name. Although a number of the tracks sound dated, several others, including "To Go Beyond (II)" are notable for how they locate the origins of the classic Enya sound, far removed from earlier Celtic efforts… 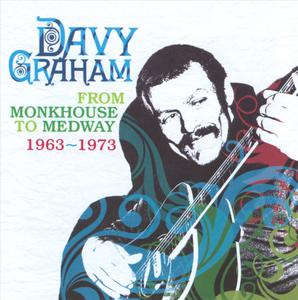 Leave it to Hux to uncover hidden treasures. This 21-cut collection by guitar legend Davy Graham is just such an item. Best-known in America for Paul Simon's cover of Graham's instrumental "Angi” on Sounds of Silence, he was, in British folk circles, the undisputed guv’nor of the acoustic guitar by his peers and aficionados who included John Renbourn, Bert Jansch, Jimmy Page, Michael Chapman, and Roy Harper – all of whom were two to four years his junior, and held him in absolute reverence for his grasp of blues, jazz, classical, and Eastern modes. The music included here was compiled and annotated with a wonderful essay by Colin Harper, who offers convincing evidence for even the most cynically minded listener that Graham was a guitar god. 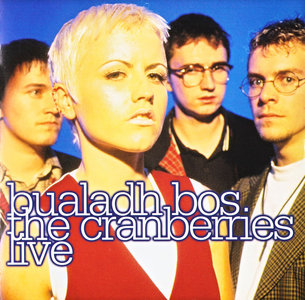 "Bualadh Bos" means "Clap Your Hands" in Irish, and popular Irish alternative rock band the Cranberries encourage their audiences to do just that on this collection, the group's first official live album. Bualadh Bos: The Cranberries Live features 15 songs recorded between 1994 and 1998 at concerts in the United States, Canada, Norway, and Sweden, with the group performing most of their best-known songs for enthusiastic fans. Selections include "Linger," "Zombie," "Dreams," "Sunday," "Ridiculous Thoughts," "Free to Decide," and many more. 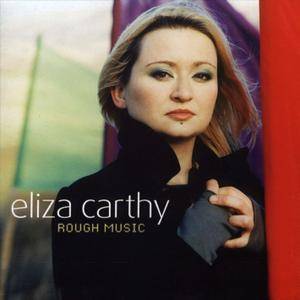 Eliza Carthy officially inherits the British folk crown from her parents with the willfully traditional Rough Music. Described in the liner notes as "a form of community punishment practiced all over England" (basically a public beating for a heinous social crime), Rough Music sounds like a lost pre-percussion Steeleye Span record filtered through A.L. Lloyd's whaling collection Leviathan! Carthy's strong fiddling and powerful vocals – she really is beginning to surpass Norma – are ably enhanced by the chiseled performance of her backing band, the Ratcatchers. Together they celebrate longstanding English traditions like public execution ("Turpin Hero"), syphilis ("The Unfortunate Lass"), and alcohol ("Tom Brown") with equal parts reverence, earnestness, and mischief. Primarily arranged for violin, viola, double bass, and melodeon, Rough Music also features lovely a cappella cuts like "Maid on the Shore" and enough fiery instrumentals to keep your feet on the cobblestones during the long walk home from the pub. In fact, there's not a moment on Rough Music that isn't essential listening. Highly recommended. Scaled smaller than 2012's double-album Privateering, Tracker also feels suitably subtle, easing its way into being instead of announcing itself with a thunder. Such understatement is typical of Mark Knopfler, particularly in the third act of his career. When he left Dire Straits behind, he also left behind any semblance of playing for the cheap seats in an arena, but Tracker feels quieter than his new millennial norm. Some of this is due to the undercurrent of reflection tugging at the record's momentum. Knopfler isn't pining for the past but he is looking back, sometimes wistfully, sometimes with a resigned smile, and he appropriately draws upon sounds that he's long loved. Usually, this means some variation of pub rock – the languid ballad "River Towns," the lazy shuffle "Skydiver," the two-chord groove of "Broken Bones" – but this is merely the foundation from which Knopfler threads in a fair amount of olde British folk and other roots digressions. This delicate melancholy complements echoes of older Knopfler songs – significant stretches of the record are reminiscent of the moodier aspects of Brothers in Arms, while "Beryl" has just a bit of the "Sultans of Swing" bounce – and this skillful interweaving of Knopfler's personal past helps give Tracker a nicely gentle resonance.