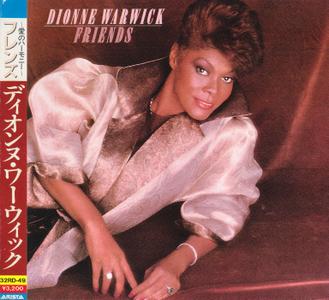 Friends is a 1985 album recorded by Dionne Warwick, her seventh for the Arista label. It stands as one of Warwick's most successful albums. The album was executive produced by Clive Davis. It peaked at #12 on the Billboard album chart in March 1986. It was nominated for Best Pop Vocal Performance, Female, at the 1987 Grammy Awards. The album yielded the single "That's What Friends Are For", which became Warwick's biggest U.S. hit, spending four weeks at #1 on the U.S. Billboard Hot 100. 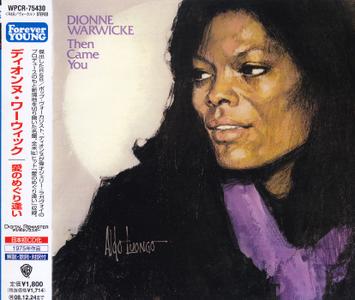 After being a premier vocalist in the '60s, Warwick seemed to have hit a stylistic wall by the early '70s. By the time she signed with Warner Bros. in 1970, Warwick attempted many styles and producers. Then Came You, released in 1975, has her teaming with both Jerry Ragovoy and, for one track, Thom Bell. Jerry Ragovoy was a successful producer who had Garnet Mimms and Howard Tate among his credits. For this effort, Ragovoy assembled a strong New York session band, including John Tropea, Leon Pendarvis, and Bob Babbitt. The first track, "Take It From Me," has Warwick getting a more R&B styled production rather than MOR. That was perfect since her voice had matured, attaining an effortless warmth and ease. Here she wasn't so much an interpreter of "great material," her voice and charm were the primary draw. Ragovoy's track "Move Me No Mountain" has a Barry White-styled backing, and Warwick got a chance to be more sensual.