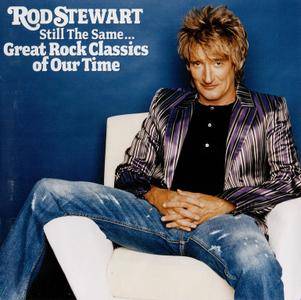 Still the Same… Great Rock Classics of Our Time is an album by Rod Stewart, released on 10 October 2006. After four years singing pop standards from the Great American Songbook with great success, this album continues the notion of singing old material, but now in his classic musical genre – rock. The album is produced by Clive Davis and John Shanks (the former also produced the American Songbook albums) and includes rock milestones from the last four decades, including "It's a Heartache", "Day After Day" and Creedence Clearwater Revival's classic "Have You Ever Seen the Rain?", which was picked as the first single from the album. The album debuted #1 on the Billboard 200 albums chart, making it his fifth Top 5 and second #1 debut in three years. Stewart said he was "extremely happy" with the accomplishment. 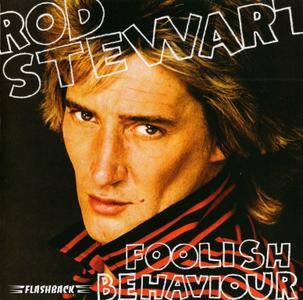 Foolish Behaviour is Rod Stewart's tenth studio album released on 21 November 1980 and on the Riva label in the United Kingdom and on Warner Bros. Records in both The United States and Germany. The tracks were recorded at The Record Plant Studios and Cherokee Studios in Los Angeles from February to September, 1980. "Passion", "My Girl", "Somebody Special" and "Oh God, I Wish I Was Home Tonight" were released as singles. The video to another song on the album, "She Won't Dance With Me", was the third video to be played on MTV when it launched 1 August 1981. The lyrics contain the use of the word "fuck" which surprisingly remained unedited in the video. The album was only released on CD in 2005 on Rhino's budget Flashback Records label. 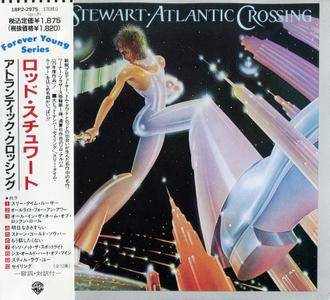 Rod Stewart's sixth album was called Atlantic Crossing because the singer was literally crossing the Atlantic, making America his new home for reasons of the heart (he was fully enamored with actress Britt Ekland at the time) and the wallet (he was eager to escape Britain's restrictive tax rates). As it happens, 1975 was a perfect time for a new beginning for Stewart: the Faces were falling apart, his last LP, Smiler, wasn't roundly loved, and he had wrapped up his contract with Mercury and signed with Warner, so he completely rebooted, hiring legendary producer Tom Dowd to steer him through a slick, streamlined revamping of his signature sound. 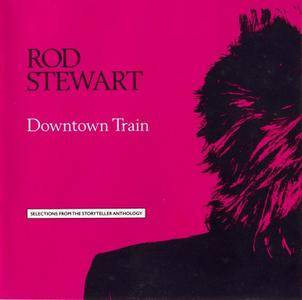 Downtown Train is a 12-track distillation of Rod Stewart's four-disc box set Storyteller, but instead of containing early hits, it concentrates on '80s singles like "Passion," "Young Turks," "Infatuation," "People Get Ready," and "Forever Young," adding a few '70s songs ("Stay with Me," "Tonight's the Night," "Killing of Georgie," "I Don't Want to Talk About It") and the new hit single "Downtown Train" for good measure. It may not have a wide scope, but it's a good sampler of his latter-day work for casual fans. 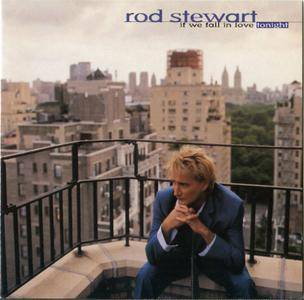 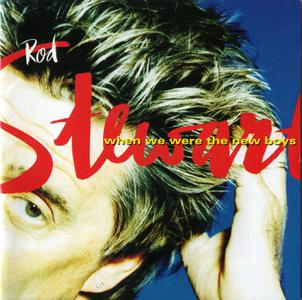 When We Were the New Boys finds Rod Stewart tackling the music of his Brit-pop offspring and coming to terms with his pub rock roots. It's a bit of a risky move, since he could have embarrassed himself with stodgy singing but, surprisingly, he (more or less) pulls it off… 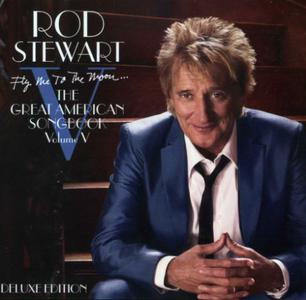 Rod Stewart has been mining the Great American Songbook for the better part of a decade, so it would only make sense that he would get a little bit better as time goes by. And, by some stroke of fate, Fly Me to the Moon – the fifth installment in this never-ending series and first since 2005, as Rod spent the back half of the 2000s taking songbook detours into rock and soul – is Stewart’s best album in the entire serie… 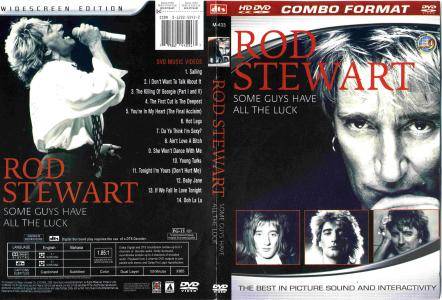 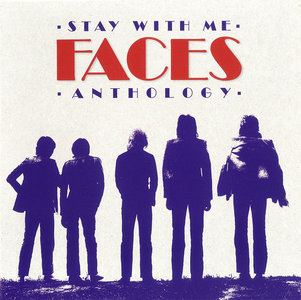 The Faces were unanthologized on CD prior to 1999, but ever since Rhino's corking single-disc Good Boys…When They're Asleep…, the group has seen a number of different compilations of different sizes, of which Rhino U.K.'s 2012 set Stay with Me: Anthology is the fifth. At two discs, this has 2007's The Definitive Rock Collection as its closest cousin: they're both double discs that cover a tremendous amount of ground, but Stay with Me has a slight edge, weighing in at 36 tracks compared to Definitive's 30. Of those 30 tracks, 27 cuts are present and accounted for on Stay with Me – the missing numbers are "Open to Ideas," "Jodie," and "(I Know) I'm Losing You," the latter two cuts from solo Rod Stewart albums where he was backed by the Faces – and those other nine songs include some of the Faces' very best, including the roaring rocker "That's All You Need," Ronnie Lane's sweet, plaintive "Richmond," and the gloriously shambolic "On the Beach." Serious fans should pony up for 2004's Five Guys Walk into a Bar…, which is one of the great rock & roll box sets, but this double-disc set is like that box in miniature, containing the essence of the Faces in all their messy glory. 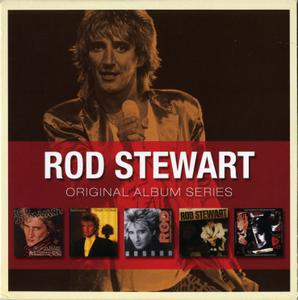 The five albums collected in this 2010 slipcase box – Foolish Behaviour, Tonight I'm Yours, Camouflage, Every Beat of My Heart, and Vagabond Heart – may not be Rod Stewart's best, but they are certainly the ones that capture the singer's '80s work… 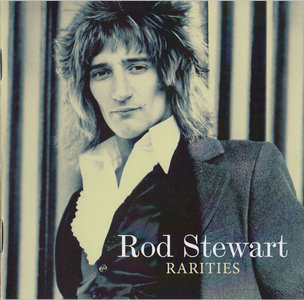 Technically, the 24 tracks that show up on Universal's 2013 double-disc collection Rarities are indeed rarities, as they never showed up on any Rod Stewart LP, but that doesn't mean they're all that hard to find… 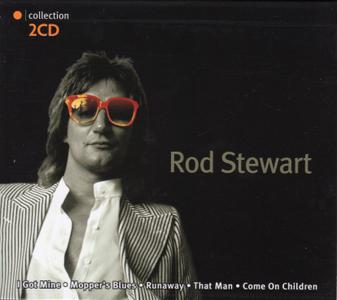 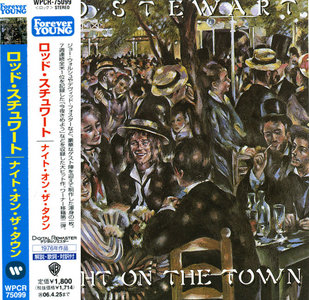 Coming on the heels of his departure from The Faces, A NIGHT ON THE TOWN was Rod Stewart's first solo album. With his usual collaborator Ron Wood now a member of the Rolling Stones, Stewart gathered together an impressive group of backing musicians that included Steve Cropper, Duck Dunn and Al Jackson of Booker T & The MG's, Joe Walsh, the Tower Of Power horn section and multi-instrumentalist David Lindley… 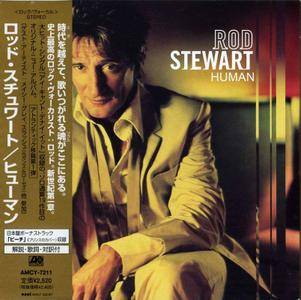 Throughout his career, Rod Stewart has been remarkably skillful at adopting current musical trends, whether it was disco, new wave, adult contemporary, or even Brit-pop. Still, his records started to slip off the radar screen toward the end of the '90s, so he parted ways with Warner Bros. and signed to Atlantic, where he released Human in early 2001… 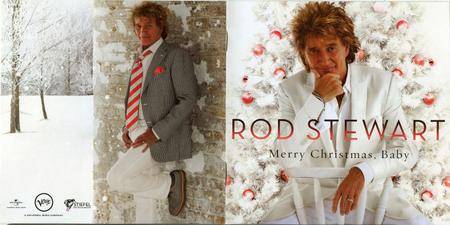 Hard as it may be to believe, but Rod Stewart has gotten through five decades without succumbing to a holiday album. That streak ends in 2012 with the release of Merry Christmas, Baby, an easygoing and chipper collection of secular seasonal standards…