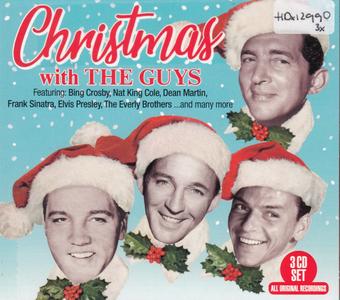 60 festive songs starting with Bing Crosby's best-selling single of all time and including all of the popular music giants of the 50s and 60s. Traditional Christmas carols stand alongside specifically written songs for the holiday season, mostly in an easy listening style, although some rock and roll songs have also been added to top it off. 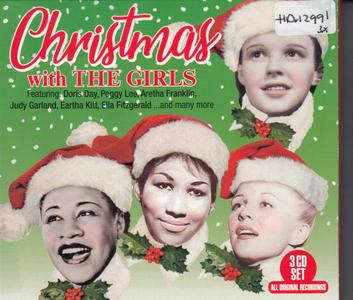 Here the most famous songs of the holiday season, sung by the most famous singers, are presented. Brenda Lee's “Rockin 'Around The Christmas Tree”, Judy Garland's “Have Yourself A Merry Little Christmas” and Eartha Kitt's “Santa Baby” are just three examples of the quality of the songs. 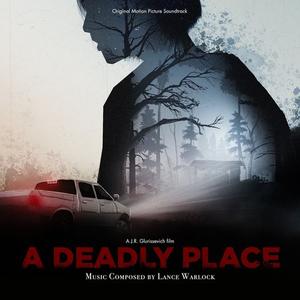 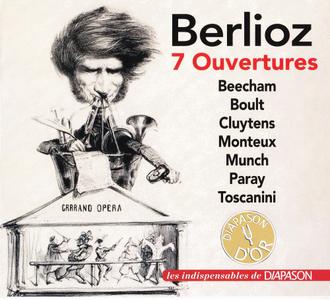 French composer Hector Berlioz wrote a number of "overtures," many of which have become popular concert works. They include true overtures, intended to introduce operas, but also independent concert overtures that are in effect the first orchestral tone poems. 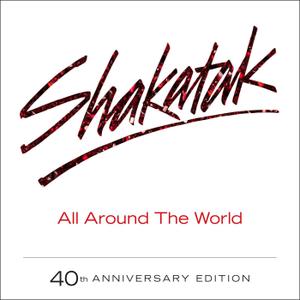 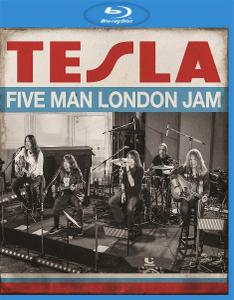 Tesla visited famed iconic recording studio Abbey Road Studios for a one-night musical event capturing the band performing songs from their legendary arsenal including “Love Song” and “What You Give” along with their classic covers of “Signs” and “We Can Work It Out.” Additionally, the band performed live for the first-time-ever their new song “California Love Song” from their latest album Shock including “Tied To The Tracks” and “Forever Loving You.”… 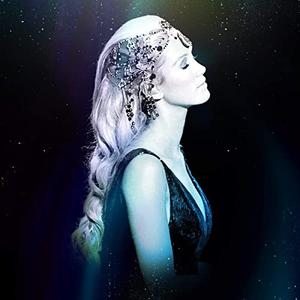 Delta Goodrem - Believe Again: Australian Tour 2009 (Live) (2020)
FLAC tracks | 01:16:47 | 557 Mb
Genre: Pop / Label: Sony Music
Australian singer/actress Delta Goodrem got her start on the popular soap opera Neighbours, and parlayed her fame from the show into a singing career. Her first album, the million-plus-selling Innocent Eyes, arrived in 2003 and featured songs co-written by pop songwriters such as Cathy Dennis. At that time, Goodrem was splitting her time between Neighbours and her pop career, but her diagnosis of Hodgkin's lymphoma forced her to slow down and re-evaluate her life. The direction for what was to become her next batch of songs came from Goodrem's physical and mental therapy. Recruiting a team of collaborators that included Dennis, Gary Barlow, and songwriter/producer Guy Chambers, who had also worked with pop stars including Robbie Williams, Goodrem used her experiences – good and bad – to create Mistaken Identity, which was released in the U.S. in summer 2005. Her next project involved a different team, including Westlife's Brian McFadden for his pop acumen, Stuart Crichton for his dance smarts, and Nashville-based Tommy Lee James for ballads.
Delta Goodrem Sony Music
Details 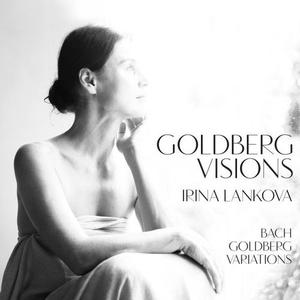 Irina Lankova - Goldberg Visions (2020)
FLAC tracks | 00:50:45 | 160 Mb
Genre: Classical / Label: Irina Lankova
These Goldbergs are not yet another recording of the most intimate of Bach's great masterpieces, but the audible part of a multimedia project which brings together the Russian pianist Irina Lankova and the French videographer Isabelle Françaix, and which should have been created last June, on the occasion of the thousand years of the Saint-Martin church of Tourinnes-la-Grosse.Alas, Covid obliges, this beautiful project was postponed to March 27, 2021, date on which we will see the pianist play each of the 32 variations under the fleeting images of her partner which refer as much to Tarkovsky's cinema as to the Chinese hexagrams of Yi Jing and have as a common denominator the virginal nature which unfolds around the home of Irina Lankova, in Brabant Wallon.It is at her home that she recorded these Goldbergs, which reveal the introspective side of the artist more accustomed to playing the great romantic pages, but without making the economy of her art of singing piano, neither abandoning her disarming authenticity.
Classical Irina Lankova
Details 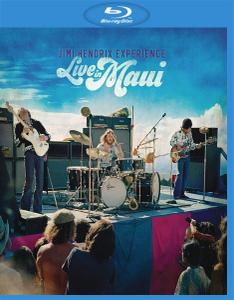 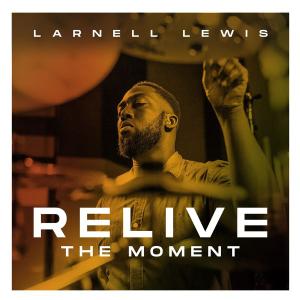 Toronto drummer and composer Larnell Lewis is set to release the follow-up to his Juno-nominated debut album In the Moment this month. The new release is called Relive the Moment, and it features reinterpretations of six of the original compositions from his first album with all-new live drum performances. It also includes one new track titled The Forgotten Ones, which is an emotional open solo that pays tribute to Lewis’s ancestral lineage. 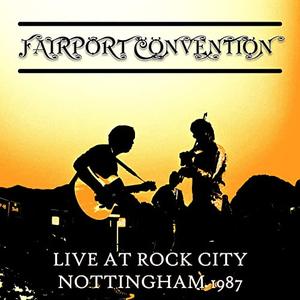 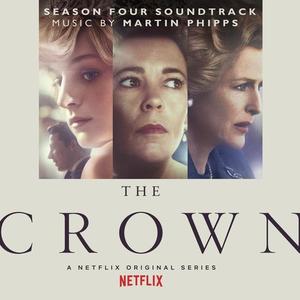 Martin Phipps - The Crown Season Four (Soundtrack from the Netflix Original Series) (2020)
FLAC tracks | 43:23 | 198 Mb
Genre: Soundtrack / Label: Sony Classical
The score for season 4, as with the previous season, comes from British composer Martin Phipps, who has previously written soundtracks for Victoria, War & Peace and Black Earth Rising.Like the third instalment of the show, the songs weaved through the soundtrack come from both classical composers and contemporary pop stars.
Sony Classical Soundtrack
Details 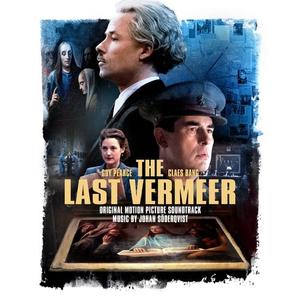 Johan Söderqvist - The Last Vermeer (Original Motion Picture Soundtrack) (2020)
FLAC tracks | 43:43 | 184 Mb
Genre: Soundtrack / Label: Lakeshore Records
Johan Söderqvist is a film, television, and video game composer originally from Täby, near Stockholm, Sweden. He played keyboards in a variety of touring bands, including jazz and folk groups, before concentrating on composition. After attending the Royal College of Music, Stockholm for composition and arranging, his first film score was Agnes Cecilia: En Sällsam Historia, released in 1991. After a few more films, he wrote music for the TV mini-series Morsarvet, which aired in 1993. That year, he also released the jazz album Life (To Be) before collaborating with James Schaffer and Jojje Wadenius on music for the 1995 children’s album Till Alla Barn.
Lakeshore Records Soundtrack
Details 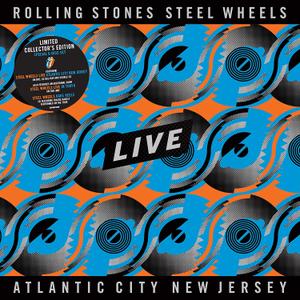 Having not hit the road for most of the 80s, The Steel Wheels Tour was an astounding return for the Rolling Stones, not least as it was the longest tour they had by that point undertaken. It was also to be their last with Bill Wyman. Steel Wheels Live was recorded towards the end of the band’s 60-date run through the stadiums of North America, in the second half of 1989. 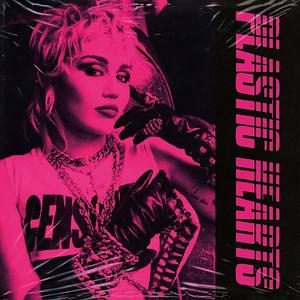 Artist and trailblazer Miley Cyrus with her new album Plastic Hearts via RCA. Includes Miley's summer hit, Midnight Sky, and her critically acclaimed live covers of Blondie's Heart of Glass and The Cranberries' Zombie, which are being referred to as the dawn of Miley Cyrus' best era, with her voice being hailed as perfectly suited for Rock and Roll. These raw and raucous renditions of classic hits that Miley has made her own are a taste of what is to come with her seventh studio album, Plastic Hearts, that includes 12 original songs.