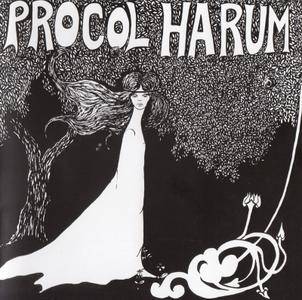 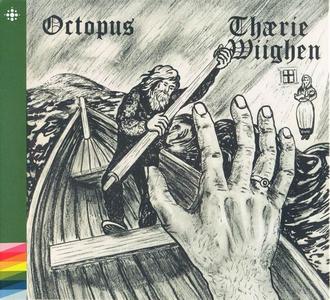 Octopus from Norway (don't be confused to countless bands with same name) was and is an obscure prog band gone unnoticed in prog circles. They released only one album in 1981 named Thaerie Wiighen (taken the name from a hero from literature of famous norwegian writer Henrik Ibsen). There is not much to find about this band or when they were disbanded. The music offered is pretty good all the way, symphonic prog with a nordic feel very similar in places with Bo Hansson releases , with some spacey moments here and there with an Eloy atmosphere, lots of instrumental sections aswell. Excellent are the keyboards passages very reminescent of Rick Wakeman or Genesis, some parts remind of Kerrs Pink. All in all a very solid album gone under the radar, definetly worth checking. 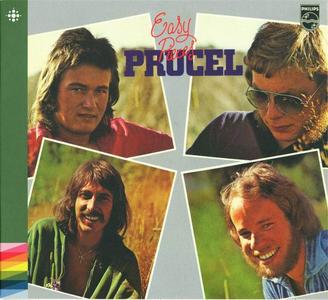 Released for the first time on CD! Prog rock band from Nordstrand, Norway. Formed in 1968. Performed at the legendary Kalvøya Festival in 1971 and at Ragnarock Festival in 1974. Released one album only, before disbanding in 1975. 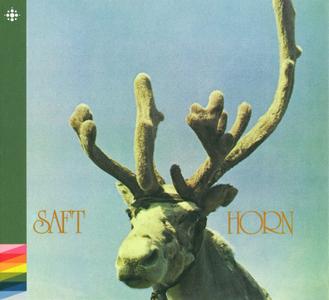 SAFT (meaning squash, as in the concentrated liquid made from fruit juice and sugar, which is diluted to make a drink, in Norwegian) is a progressive rock band from Bergen, Norway, with their most active period in the early 70's. They were one of the first Norwegian rock bands to sing in Norwegian Nynorsk (which is based on rural, spoken Norwegian, and is one of four official languages in Norway). The core of the band is the two brothers THUE, Ove and Trygve, who are the only members to be part of both of the band's incarnations, both of which set benchmarks in Norwegian rock. Initially the band's music was rooted in typical early 70's heavy prog and pop rock. 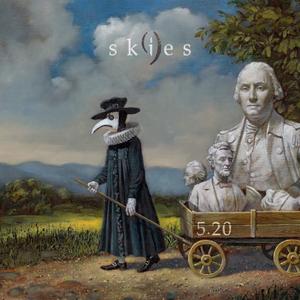 Nine Skies are a French progressive rock band inspired by many influences: rock, pop, progressive, classical, jazz… The new album “5.20” is an acoustic opus including a string quator. It is released since the 4th of June 2021. Achraf El Asraoui (vocals, guitars) joined the band with this album. The personal poetry of “5.20” conjures up a dream beyond various horizons. This acoustic and very intimate opus takes us on a journey using the spellbinding charm of the string quartet, from the captivating melodies to mysterious and more introspective overtones of the album. Each moment suggests a reflection on both a universally human context and the emotional part specific to all of us: a renewed musical experience that gets more enriched with every listening of the album. 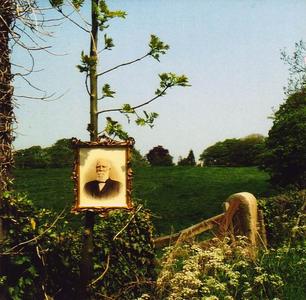 Lovers of instrumental rock are a rare breed, but they know who they are and this record is for them. It’s also sure to appeal to a subset of fans of the band Echo & the Bunnymen, as Glide is actually a nom de instrument for Bunnymen guitarist Will Sergeant, who wrote, performed, produced, and tracked pretty much the entire album (yes, at home). Astonishingly, Curvature of the Earth doesn’t sound like a self-indulgent demo. That’s not to say it’s never self-indulgent - what solo instrumental project isn’t? - but it’s the rare track that feels overlong or shy of musical ideas, and the whole thing comes off sounding extremely professional, from its well-balanced mixes to its ear-candy guitar and synth textures. And texture, as it happens, is a big part of Glide’s world. Described by Sergeant as an opportunity to explore “ambient, psychedelic, progressive, glam, experimental, noise, and all points between”… 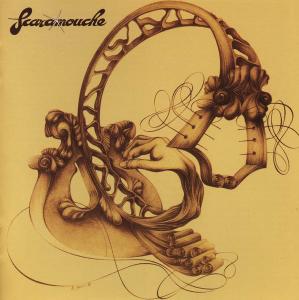 Scaramouche introduces German musicians faithful to the kind of Progressive rock started by Yes, and especially Genesis, during the Seventies. The reissue of their eponymous album is from 1981, and shows an ambitious music that tastefully blends the most important rock influences with even some fusion and blues sometimes. The melodic and slightly medieval side present in their music can also remind of Machiavel. Anyway, the result is technically perfect with some beautiful instrumental solos. 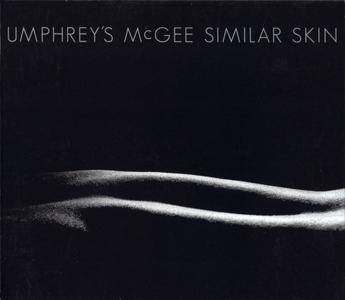 Prog-influenced jam band champions Umphrey's McGee sought a return to unadulterated rock & roll for eighth album Similar Skin, and first to be released on the band's own imprint Nothing Too Fancy Music; it's also their first effort since 2011's Death by Stereo. While still entrenched in the wandering spirit of jam band improvisation, the 11 songs lean heavily on the influence of '80s pop, rock, and even radio metal, with tunes like album-opener "The Linear" calling to mind the epic polyrhythms of Rush and the epic soloing of the late-'80s Hollywood hair metal scene. The rock assault is tempered with the occasional low-key number, such as the bouncy, pop-minded "No Diablo." 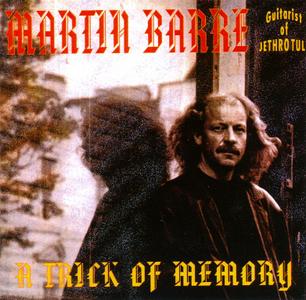 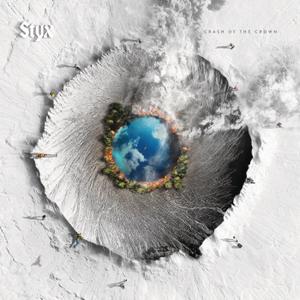 A new era of hope, survival, and prosperity comes calling on STYX’s Crash of the Crown, the band’s first studio album since 2017’s The Mission. Though the 15-track album takes a hard look at some inherently dark subjects, the prevalent light at the end of the tunnel eventually becomes each song’s focal point — a persistent fervor to keep moving forward and achieve the greater good. 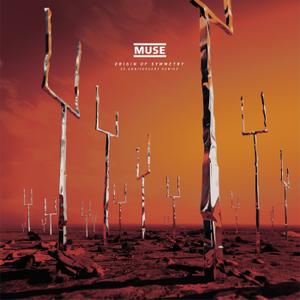 Muse are set to celebrate the 20th anniversary of Origin Of Symmetry by releasing a new remixed version of the album. Origin Of Symmetry: XX Anniversary RemiXX features remixed and remastered audio plus re-imagined artwork of the band's 2001 album, which includes their hits Plug In Baby and Feeling Good. The album, which sees the band come together with GRAMMY-winning producer Rich Costey, will be released on digital formats on 18 June before two vinyl packages follow on 9 July. 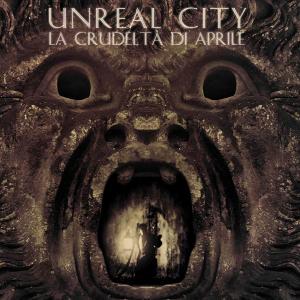 The young members of Unreal City project something of a retro-modern image and their music also enjoys the best of both old and new. The tracks on ''La Crudeltà Di Aprile'' display a similar present day consciousness but they do so with reference to the traditional RPI creed. That epic tradition manifests itself through typical Italian lyricism and the unrestrained expansion of lavish arrangements adorned with Mellotron, Moog, church organ, violin and lute. The texts scrutinize dark themes of psychological conflict (the trauma of Oedipal separation, corruption, the mediation between the conscious and unconscious realms) and draw inspiration from encounters with shadow forces (Faust, primitive deities, witches' Sabbaths) although these related stories ultimately present a narrative of personal growth… 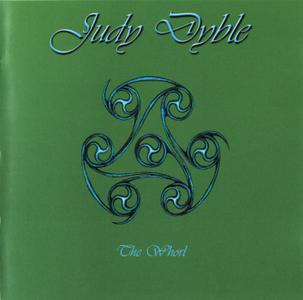 The final instalment of Judy’s entrancing trilogy of albums for Talking Elephant is a perfect continuation of the second (Spindle), notably in the consistency of both its poetic lyrical invention and its adopted sound-world. It brings eight more new songs to the table, resplendent in beautiful aural clothing that’s smooth but edgy, refined but somehow quite primeval. The dominant timbre is, as before, intelligent prog-ambient keyboard texturings, which are all down to the wizardry of Judy’s chief collaborator Mark Swordfish (of Astralasia); however, such is the excellence of the recording that neither is Judy’s vocal ever in danger of being drowned in a sea of synths nor are the key instrumental lines or "voices" held anywhere but in exemplary balance. 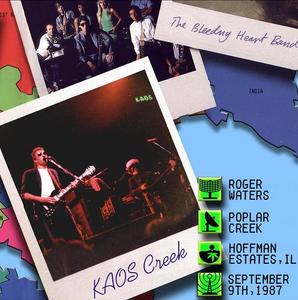